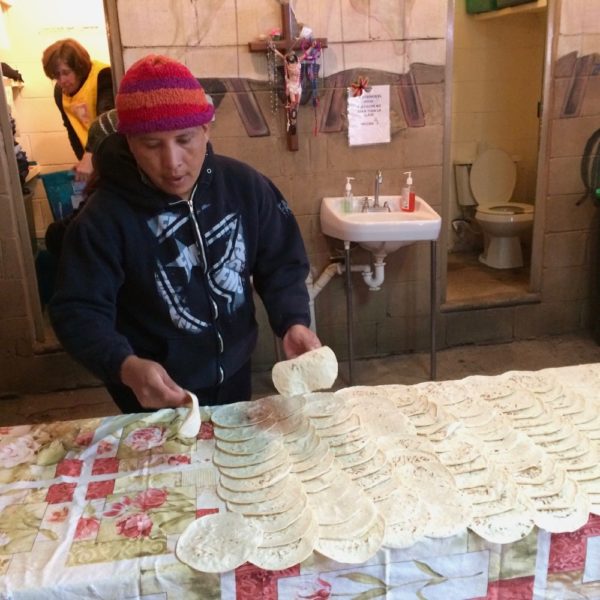 Benjamin Ruiz, preparing tortillas for breakfast at the soup kitchen where he volunteered on the Mexican side of the US-Mexico border.

Last year, I met a 34-year-old man named Benjamin Ruiz. He volunteered at a soup kitchen, spending every morning preparing tortillas to go with rice and beans and big vats of calabacitas to feed dozens. Day after day, the people arrived, bundled in hats and coats to shield the brisk winter air. Ruiz wore a silver cross on a short black string around his neck. Like many I met in that kitchen, he talked a lot about his faith in God, which guided his life. He reminded me of my childhood; of my years in Catholic school and the teachers and priests whose lessons focused on Christian values and what that meant in daily life—helping the poor, giving to those in need. Ruiz talked about hard work and service, and his words reminded me of my mother, who had passed away shortly before I met him. “To give is better than to receive,” she had always advised.

Ruiz understood hard times, and that was a big reason why he worked at the kitchen. He used to volunteer at the Red Cross in his hometown, until his life changed irrevocably one day: April 10, 2016—he remembered it vividly. “It was a Sunday, quarter to 2.” That’s when gangsters stormed the Red Cross office, guns drawn. They aimed at a fellow volunteer, 14 years old. The kid’s brother had a dispute with the gang, and the gunmen sought revenge. “They shot him eight times,” Ruiz told me. “We took him to the hospital—he was still alive, but he died the following day.” Ruiz was a witness, and after that, he feared for his own life. He quit volunteering. He couldn’t work. “I didn’t feel safe in my country.” 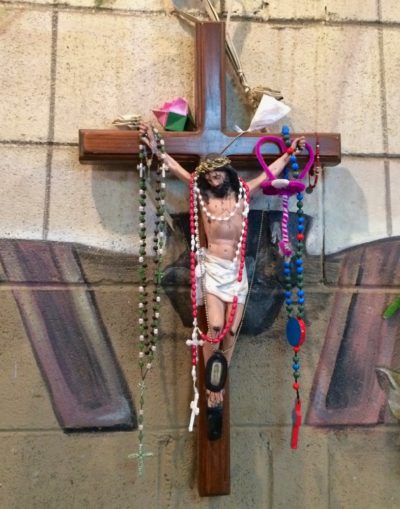 A cross on the wall at the soup kitchen where Ruiz worked.

That country was El Salvador. We met in Mexico. “Thank God I made it all the way here,” Ruiz said as he described his long, uncertain journey. “When I crossed from Guatemala to Mexico, I walked for five days near the train tracks, walking day and night, resting a little bit.” He arrived in a small town in Chiapas knowing he needed money to proceed. He went to a grocery store and talked to the owner. “I’m not going to lie to you,” he told her, relaying his story, sharing his fears, and explaining his desperate need for a job. The woman was wary but hired him anyway.

Ruiz was accustomed to working hard. Back at home, he’d had a job in a steel factory in addition to the Red Cross. He’d finished high school and hoped to do more. He worked by day and studied by night. He wasn’t married and didn’t have kids—his country was too violent, the economy too stagnant, the dangers too high, he said. “The situation is tough down there… As long as I don’t have stability, I’m not going to have a family.” He did have a 70-year-old father, and it pained Ruiz enormously to leave him. But he felt he had no choice.

When we met, Ruiz was much farther north, right on the border. He was working, volunteering, saving money, and planning his next steps. He wanted to apply for asylum in the United States by crossing at an entry point. That’s the only way to legally apply for asylum. One cannot apply at a consulate or embassy. One must be physically present in the United States in order to ask for refuge.

But that route presented obstacles Ruiz didn’t think he could overcome. While there is no asylum application fee, it’s a long, drawn-out legal process that typically costs thousands of dollars. Lawyers and expert witnesses, photocopies, phone calls, medical exams, court fees, translations, and mailings—word on the street was that Ruiz could expect to pay $15,000, all in all. That’s possible. It’s possible it could cost less. But that’s what people were estimating at the time—and Ruiz had nowhere near that kind of cash.

Plus, the whole asylum system is kind of a crapshoot. It’s entirely subjective, as studies show. Whether one is granted asylum depends almost entirely on the particular judge who hears the case and the strength of one’s legal representation. Some judges grant asylum in a majority of cases. But many judges deny 90 percent or more of all applications. There is no rhyme or reason. There is no hard-and-fast standard in US immigration law. It’s entirely possible Ruiz could spend every penny to his name and still end up being deported to his potential death. 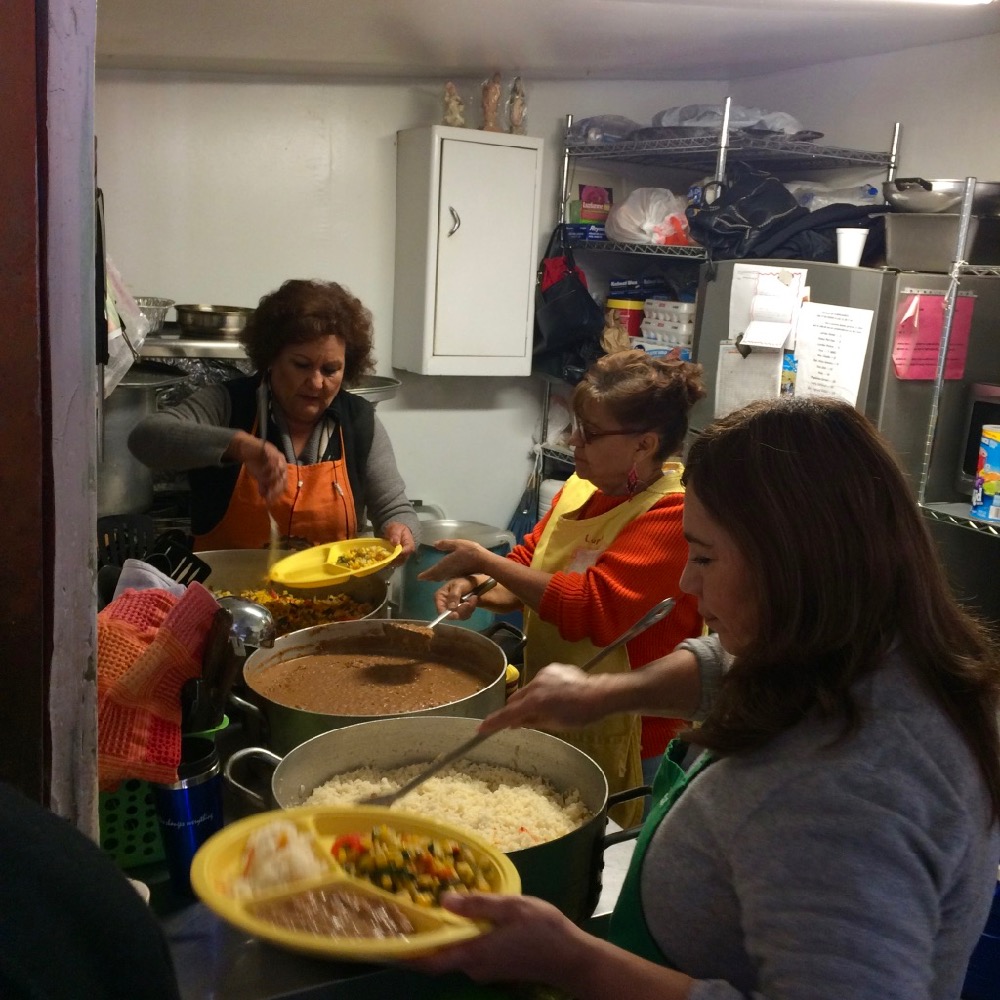 So he decided to try something different. He was planning to cross the desert into the United States, praying he would meet up with a friend who could help him find work. Getting there would cost him $5,000, and he was still saving for the journey. Ruiz didn’t want to break the law—he just wanted to survive.

Much time has passed, and I have no idea what became of Ruiz. But I think of him every time I hear about “the caravan.” I live in a state that used to be part of Mexico. My village borders a pueblo that predates any current concept of immigration. What it means to be American, who belongs here and who doesn’t—these are questions that eat at the heart of our history, and threaten to cleave our future. I have no idea how a nation, a continent, begins to heal such wounds.

But I do know that empathy plays a part in every solution. And empathy rests on an understanding of human experience that can only be achieved when we listen. I’ve spent most of my journalism career reporting in other countries and cultures, and people often ask me what that’s like—traveling so far from home, in foreign surroundings. I tell them I usually find people very much like myself, my family and friends. The more I listen to people’s stories, the more I learn about thoughts and feelings, hopes and ideas that resemble everything I find at home.

But we can’t build empathy if all we do is talk, instead of listen. And I doubt our nation will ever mend if everyone acts on rhetoric and rumor, rather than facts and human experience.

I don’t know if Ruiz made it across the desert or not—but I know he was determined to try, just as he was dedicated to helping people along the way. That, he said, he got from home. His dad was Christian, just like he was. Religion shaped his ideas about life. “That really gave me the values,” he said. It sounded a lot like the things I had heard while growing up, more than 1,800 miles north.

I asked Ruiz what he planned to do next. “I’m just going to work hard to make a living, as I always have,” he said. “If I make it.” 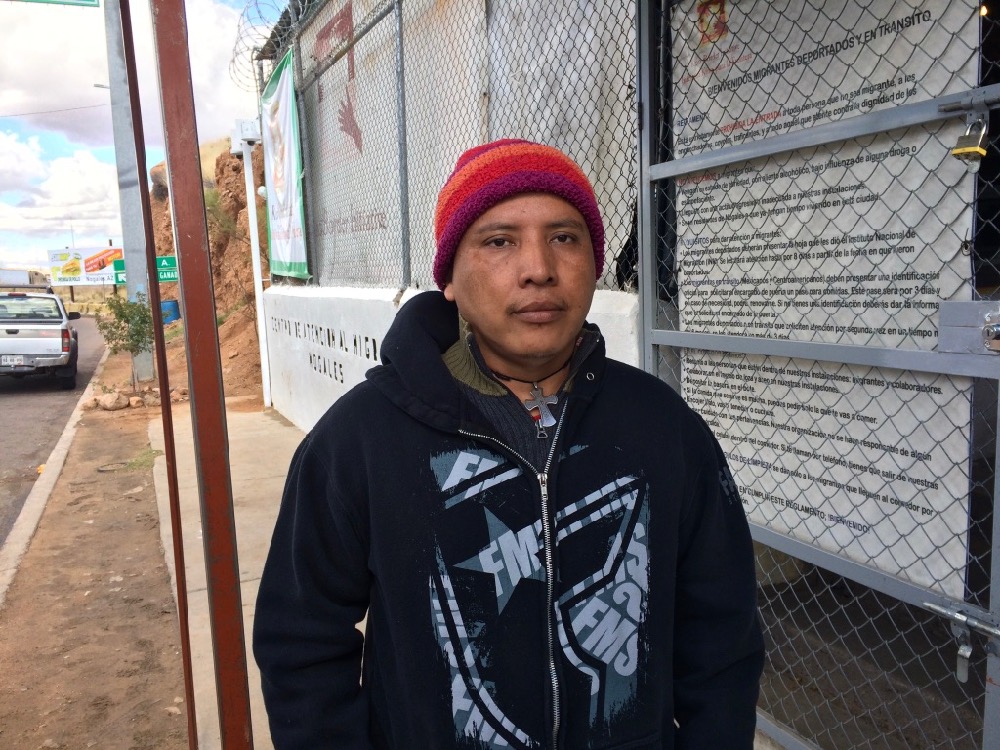