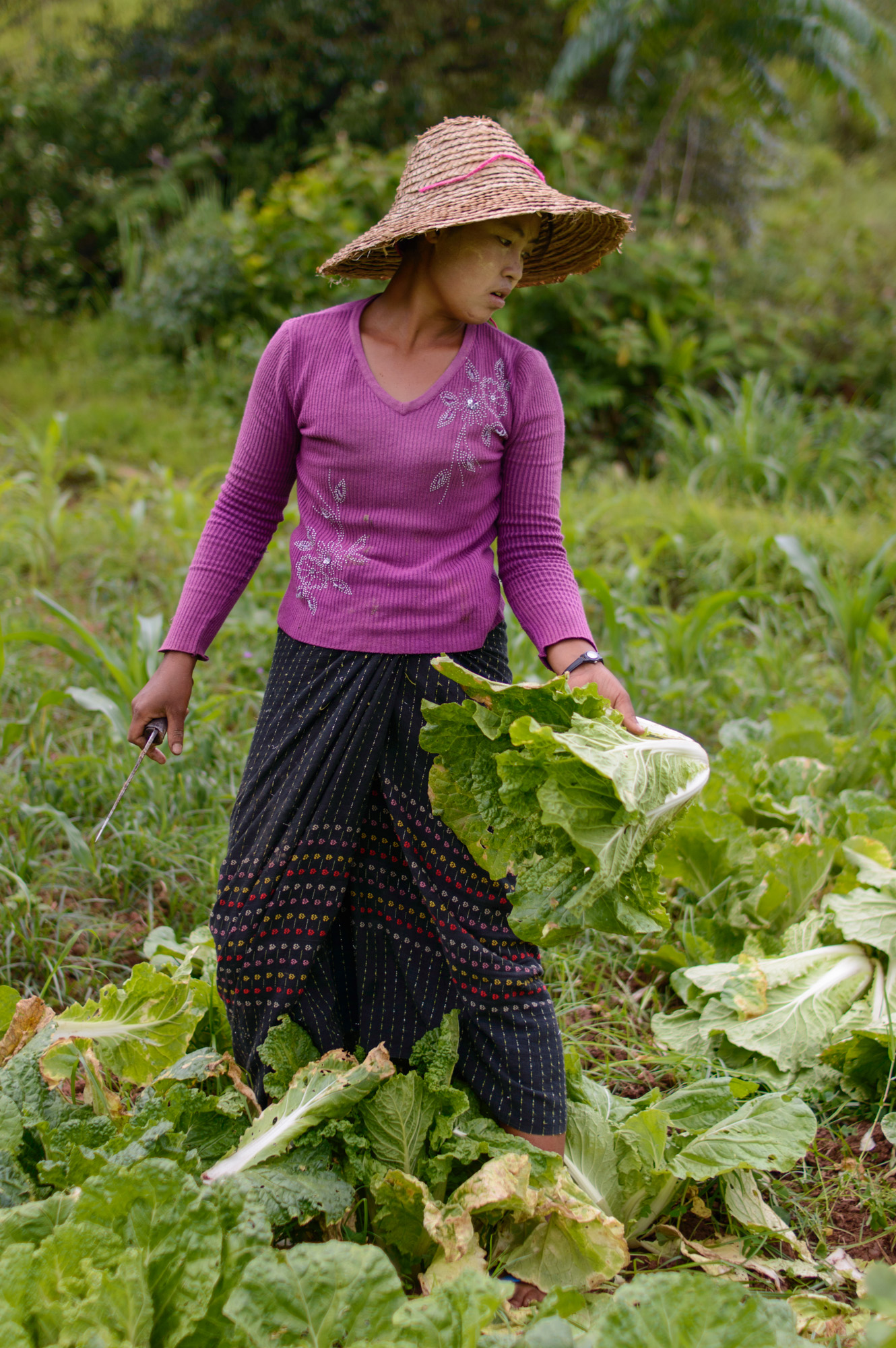 Thi Thi Oo harvests mustard greens on her land in Shan State, Myanmar, where most villagers spend their entire lives working the farm. Consequently, locals say, “the land is tired.” As families grow, they divide their farmlands among children and grandchildren. So much intensive farming has led to pests, poor harvests and over-use of pesticides. But the nearest markets are many hours away by trail or train, and locals grow almost everything they eat. For decades under the previous military junta, villagers had little access to the outside world. Elders say they don’t know how they will grow enough to support themselves and their cattle in the future, yet villagers of all ages say they prefer a rural subsistence life and want to continue farming on their ancestral lands.

We’ve heard endless debates about GMOs, their safety and the controversies over labeling. We’ve read about agricultural technologies and new hopes for greater yields that will feed the planet’s growing population. And we’ve seen these stories accompanied by images of farmers (typically brown-skinned, dirt poor and nameless) or faceless mothers or unidentified masses of people in need. Rarely are those people quoted in the stories about them. When we as a society debate how to “feed the future,” those debates are invariably framed by the scientists, analysts, experts, writers, researchers and policymakers who speak for and about all those masses of people in need.

And so, for the past several years, I’ve made a point of asking the people I interview in the field what they think about food, the future and their greatest needs. What works, what doesn’t and why. And I have learned that a lack of food alone does not cause hunger and malnutrition; it’s everything that stands between food and the people who need it. Politics, economics, environment, education, infrastructure, tradition, gender, religion, power, conflict—they all determine when, whether and how people eat. It is not enough to produce more food or devise new ways of doing so. Successful strategies must address and incorporate all of the above. And hungry people must participate in the conversation.

This is why I wrote my latest piece for SAPIENS.