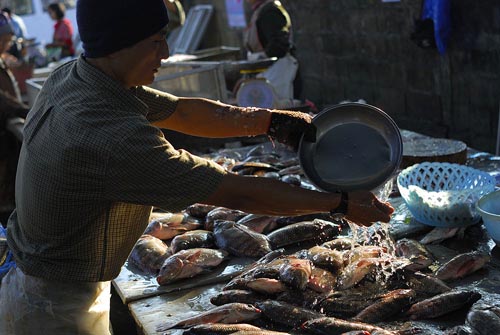 The vast majority of travelers who cross from Mae Sai to Tachileik see little of the Myanmar side beyond the big market selling cheap music and movies (great deals) and pretty much anything else a person could possibly want from China. Indeed, most Westerners get their stamp on the Thai side, another on the Burmese side, and that’s about it before returning to Thailand.

But if you spend the night in Tachileik and explore the town at the crack of morning, you will find a side street full of clichÃ©: a riotous, vibrant morning market (you might even say it’s bustling). It’s worth the wander: 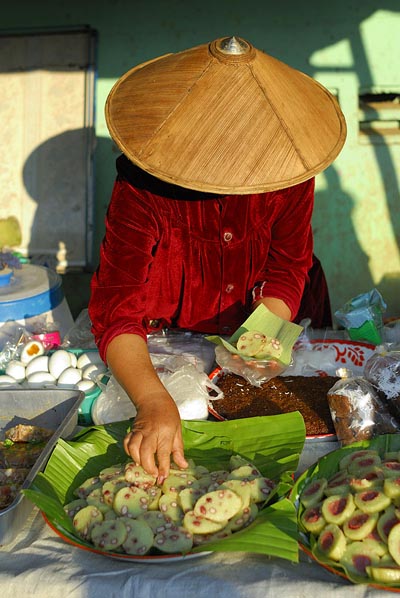 Plenty of Shan snacks to be had, many with sticky rice and peanuts or beans. Good, hearty start to the day. 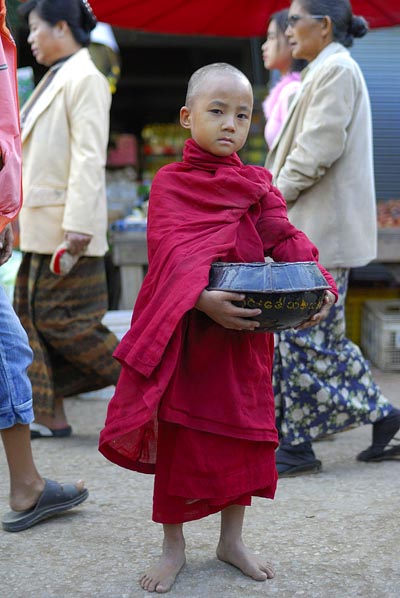 You’ll have a few of these guys trailing you, and when you donate to the cause, they’ll remember. They’ll catch you later on the street with a quick, whispered “thank you” between grinning lips. 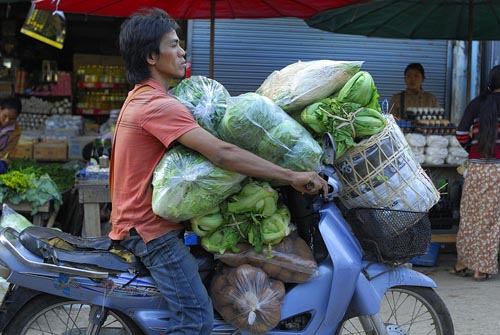 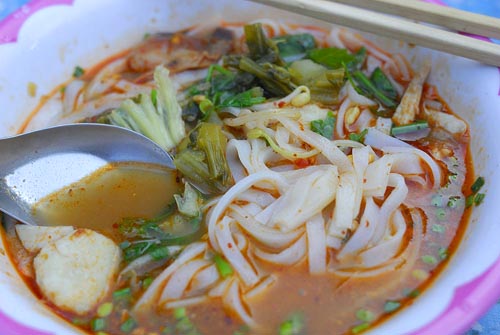 And you’ll want to park your rump on a little wooden bench and ask the boy for a bowl of this. It’s Shan-style khao soi, or kao soy. Spell it as you wish, but note that around here there are two different terms spoken and used in two different ways, neither of which resembles the khao soi of Chiang Mai fame. (I’ll expand on this later.) But basically, this khao soi is a rice-noodle soup with chicken and pork in a spicy broth with herbs and a tomato paste that resembles a very similar khao soi I had in Laos last yearâ€”no coconut, no crispy egg noodles. But…. more on all of that later. When we return.

2 replies on “Beyond the Tachileik Gate”

…there is a coffee table book to be written on the different variations of Khao Soi (or, indeed Soy), nam ngieow etc. in the Golden Triangle village of Sob Ruak, in one small market square there are two different variations – Thai Leu and a local variation on the Shan – you can get Chiang Mai style up at the Anantara, seems everyone has their own recipe.

The ‘Just Khao Soy’ Restaurant on Chareon Prathet Road in Chiang Mai makes an effort to explain the different tastes and traditions and is the only place I’ve met that standardises several of the different recipes, serves them with correct wines etc.

Me, I eat the street food but if you don’t have time to find the lady with your favourite recipe then Just Khao Soy is highly recommended.

Stunning photos, took me right back to South East Asia.