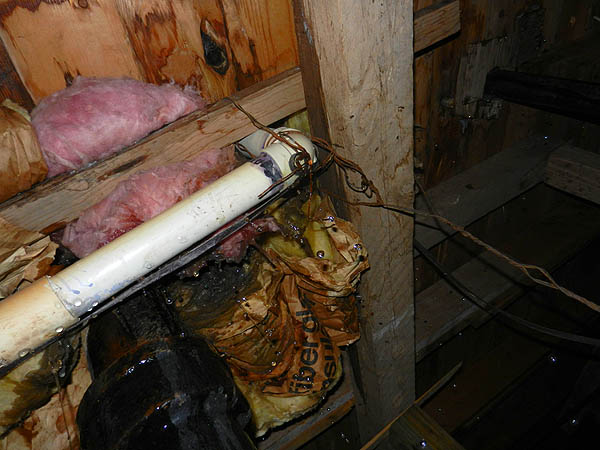 It was just a little bump, just a little buckle in the flooring near the washing machine. That’s how it started. Jerry figured he better check it out, so he pried open the crawl space door and snaked his way into the deep, dark cavern beneath our house. And there was mud.

Mud is not what you want in your crawl space.

He asked me to run the washer on a rinse cycle, then drain it immediately. Water dumped straight on Jerry’s head.

A lot of water.

In our crawl space.

So we began an investigation, which quickly turned into a deconstruction. We turned off the water, pulled out the washer and yanked up the floor. An ecosystem was growing down there! A pond of molds and mildews, and little funnel-like mushrooms sticking to the wall. 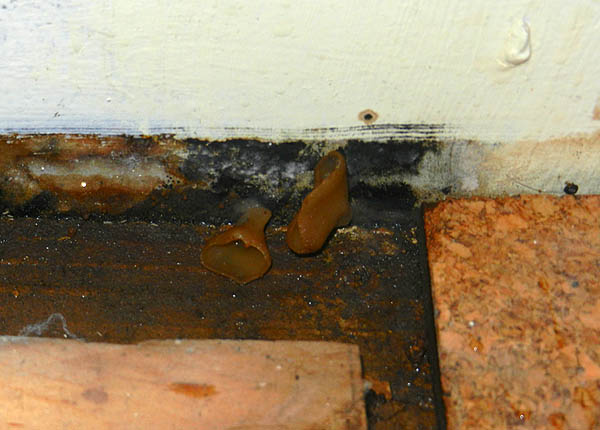 We have (I think) awesome cork flooring that stays warm and soft on our feet. It showed nothing on the surface. But everything beneath was black and damp. So we started to take things apart, piece by piece.

The more we wrecked, the more surprises we found. The side of our cabinet had mold. So did everything beneath. 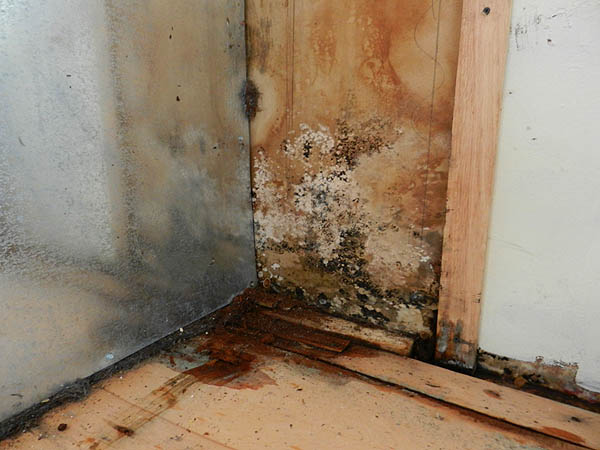 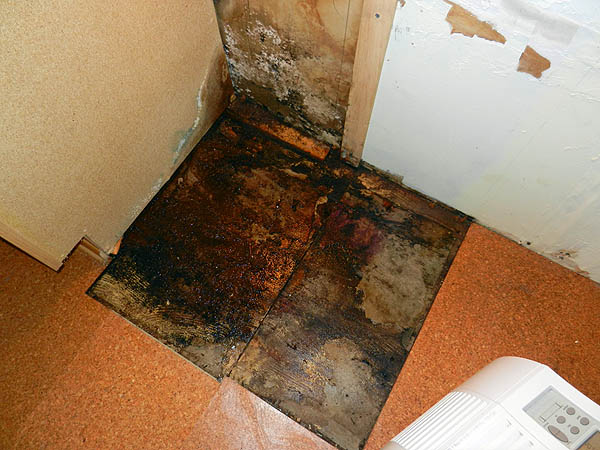 Jerry cut a hole in the wall. Actually, it crumbled in his hands. He pawed through the muck, tossing soggy drywall into the garbage, slowly exposing the inner workings of our house.

A previous owner of mysterious vintage had re-jiggered the plumbing. He (I’m certain the culprit was a he) had capped off the old iron piping and inserted PVC. But it wasn’t the right PVC, and it wasn’t vented. Somehow, at some unknown time (weeks ago? months ago?), our washing machine came loose from the pipe. And all its water spewed straight into the wall. 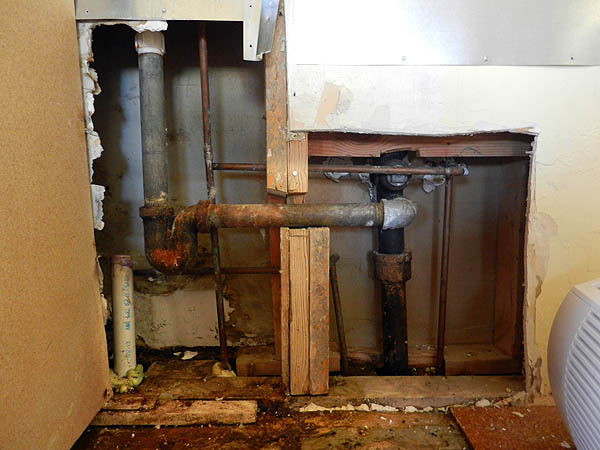 The more Jerry poked around, the more surprises he found inside. A primary load-bearing support, for example, had been sliced and gouged so the old iron pipe could run right through it. A new support of dubious strength and quality was built behind it. And here we are now, with at least three known critical issues: the leakage (which could have caused the floor to cave), the improper venting (which could have led to a gaseous buildup) and a possibly untrustworthy post holding up the house (which could…. never mind; we don’t want to speculate until it’s fixed).

I admit to a morbid fascination with all of this—with all that happens inside a house, and all that’s revealed when the walls come down and the floors come up. It’s akin to a human body, with so much going on internally, so much potential for things that could go drastically wrong. On the surface, we might look fine. But how do we look inside?

That is ample reason to take good care of the foods we eat and the way we treat our bodies. I try to do that. Really, I do. I want good plumbing and strong support.

But that night, Saturday, the night we found the mess: I didn’t eat a damn good thing for me. We went to Chama. Jerry drank beer and I drank wine. He ordered fish and chips, battered and fried, with fries on the side. I ordered a small salad smothered in all sorts of nasty-for-you things that totally canceled any benefits of lettuce. And I ordered a giant cone of truffle fries with blue cheese, bacon and scallions (they’re gluten-free, straight off the Chama gluten-free menu).

I ordered those fries because I could, because I wanted them right then, that night. And because sometimes, on really crap days, people should be able to eat big, greasy servings of crap if they so desire. (Not crappy in taste, just crappy for health.)

My fingers were all slick from the oil on those fries. They were salty, cheesy, oniony and bacony—all mixed together. I washed them down with gulps of a big-bodied red zin.

And then we went to the theater next door to see The Descendants—the sort of movie that allows, on icky days, for the audience to get lost in the story and remember all the things in life that are really, truly important.

In the greater scheme of things, washing machine disasters are not.

(But blue cheese bacon truffle fries might be. If they have onions.)

(Come back in a day or two and I’ll show you a picture of something really pretty; something else entirely, a really beautiful thing that captured the light this weekend.)

14 thoughts on “Why, Sometimes, I Eat Bacon Truffle Fries…”