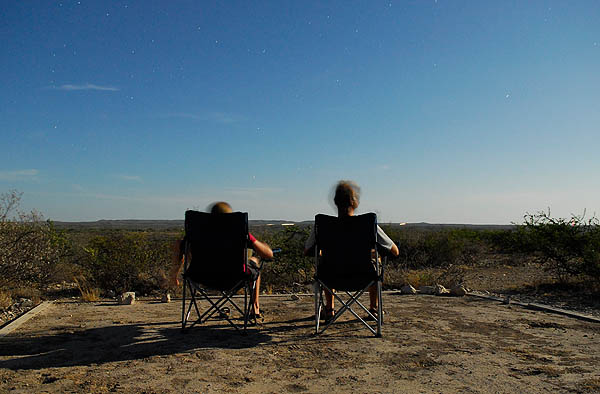 We camped one night at Seminole Canyon State Park, a high and dry spot atop a deep gouge shaped by millennia of river runoff gushing across the land. We were the only campers that hot July night, when temperatures rose to 108 degrees by day and barely dipped with darkness. We took a breezy perch overlooking a vast sea of landscape. The full moon rose that night beyond ancient, rocky earth as rabbits and deer literally pranced around us. For dinner, we warmed a box of Trader Joe’s roasted red pepper soup, adding onion and jalapeno, and mopping it up with tortillas.

The Seminole Canyon walls form a rippled tapestry of caves and rock shelters, typical of the region’s geography. Early residents left their artwork here, in four distinct styles. The earliest paintings date back at least 4,000 years. We missed a 10 a.m. tour of the rock art, but learned a bit of area history from a woman working in the park office.

People have hunted and foraged the area for tens of thousands of years. That far back, they were stoning giant elephants, camels and bison for not only food, but also their valuable bones and hides. Most tools came from desert vegetation, from plant fibers that were woven into baskets and sandals and shaped into spears. Prickly pear cactus pads became purse-like containers when sewn together.

The park visitors center notes evidence of plant residues that indicate the contents of one springtime meal on the banks of the Rio Grande 2,000 years ago: lizards, fish, other small river creatures, cactus, sotol, rabbit and a breadth of diverse foods from land and water.

Plants formed most of the ancient Rio Grande diet, supplemented by occasional meat and fish. People roasted sotol bulbs in underground fires for a day. Women would collect the bulbs, carefully using tools to avoid pricking themselves with the plants’ dangerous spines. The cooked bulbs were eaten immediately after they were taken from the fire. Any leftovers were ground into a flour for later use.

The early inhabitants of this stretch of Rio Grande lived in small groups, gathering with others only at annual harvest times. Then, the people would work together to collect from the desert. Groups could never grow too large because the area could not support so many needs. Nature’s limits kept population in check.

Food for thought, no? 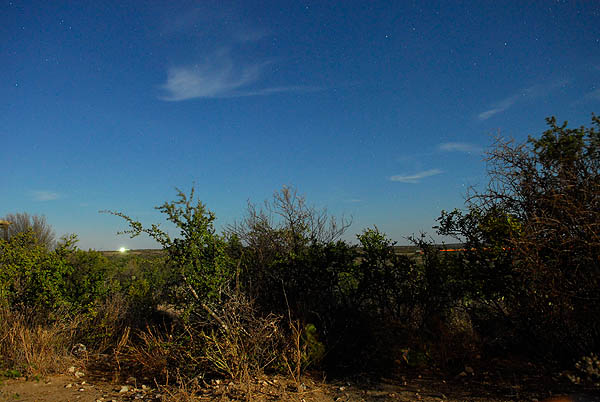 3 thoughts on “Food of the Rio Grande Ancestors”