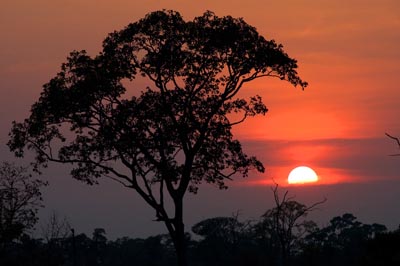 It was a dry December day a couple of years ago when our friend, Rith, took us to his fish pond. He was eager to show us the progress in his schoolyard, a project he had built from scratch in his homeland just outside of Phnom Penh. What had started with a bit of concrete and wood had turned into an overflowing classroom set among lush, productive trees: jackfruit, papaya, mango; all tall and shady. That was part of Rith’s lesson plan. He wanted kids to know about sustainable farming, about using the land efficiently. About surviving.

Rith led us to the back, where a bitter vegetable grew. It was a prolific plant that reminded him of Pol Pot because, he said, he used to pick those vegetables in the Khmer Rouge years.

And then he took us to the corner of his lot, beside a barbed-wire fence where a small ditch separated his land from the neighbor’s. That, he said, was where he said goodbye to his brother. He remembered standing at that spot the day the Khmer Rouge took him away. “They killed my brother first,” Rith told us.

Rith and I had known each other from The Cambodia Daily. We had been friends for years. But I had never heard that story. It unfolded as so many in Cambodia do: layer by layer, piece by piece, over years of knowing and trusting each other as friends.

Rith spoke 15 minutes more—more details of his life that I had never heard. The Khmer Rouge forced many Cambodians to live and slave on lands far from home. But for some, the suffering occurred right where they grew up, right where the memories remain today.

Rith showed us the makeshift device his father had used for pounding rice. Quietly, secretly. “If another house heard—ooh, very dangerous,” Rith told us. “They would say we were thieves, stealing rice.” Rith picked up the tool. “So this, my father used at least three years before he was killed.”

Why am I telling you this now? More than two years later?

Because I never met Dith Pran, not personally. But I encountered his spirit many times, in many ways, among the Cambodians I do know well and dearly. The world lost a valiant man and an honorable journalist this week. My only contact with Dith Pran came years ago, a few emailed words of encouragement through his project, as I worked on my book. I regret never having the privilege to meet him. But I am hopeful, knowing others who carry on his ideals—because Cambodia needs more Dith Prans. So does the world. So does journalism. 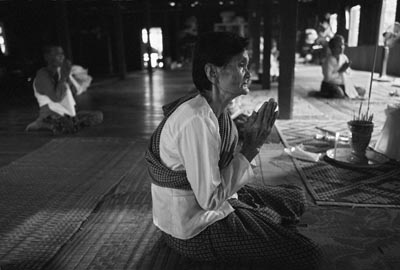 This morning, I watched The Last Word, a New York Times video of Dith Pran in his final days, in which Sydney Schanberg talks of his friend’s deep conviction that the world didn’t understand what his people were going through. Dith Pran had promised himself that if he survived the Killing Fields, he would never stop talking about the Cambodian past. It remains the goal of the Dith Pran Holocaust Awareness Project to educate American students on genocide.

It just so happened that Jerry and I had given a presentation on Cambodia at my old high school shortly before that day with Rith in his schoolyard. The whole sordid Khmer Rouge story—the brutality, the deaths of nearly 2 million Cambodians, the fact that those responsible STILL await trial, and that Cambodia’s demons still surface in myriad forms—rang but just a few vague bells in a packed theater of active, young students. I had never learned much about the Khmer Rouge or Cambodia in school; it seems few after me have either. That’s not a failing of Dith Pran. It’s a failing of society, of the system, of the state of our world. 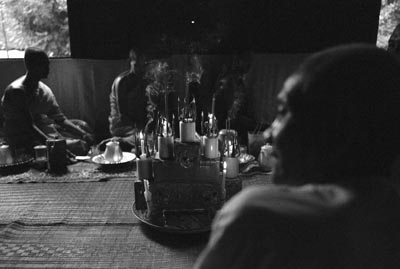 Cambodian prayers for the dead

But such obstacles never deterred Dith Pran. He had crawled through hell and emerged a survivor. That was his strength, and that remains the beauty of others who endured Cambodia’s tragedies, surfacing with tenacity.

A couple of months ago, we received an email from Rith. He sent pictures of a new building for his computer classes. The kids love his school. But success is fraught with difficulty—and financial worry. “I am still learning about electricity fee,” he wrote.

All progress happens step by step. Whenever I have asked Rith why he does this, why he puts so much of his own time and money into this school, he answers that he wants to give something back. Because he survived. Because the next generation can have a better future. And because, he says, “I understand the suffering of Cambodian people.” 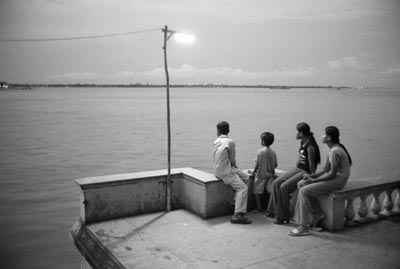 The next generation, Phnom Penh

Thank you for giving us your story about Rith, and your contact with Dith Pran. When I heard the news yesterday, I thought of your Cambodian friends and their brave persistence.

Had watched The Killing Fields again a few months ago…always like the first time. It was painful to read of his death. Thanks for sharing.

Dith’s story is incredibly touching. I tear up just thinking about it. I don’t know if I could bring myself to watch the video.

Matt, Ed: I last watched The Killing Fields about a year and a half ago. Every time I see it, something strikes me in a new or different way – but always painful.