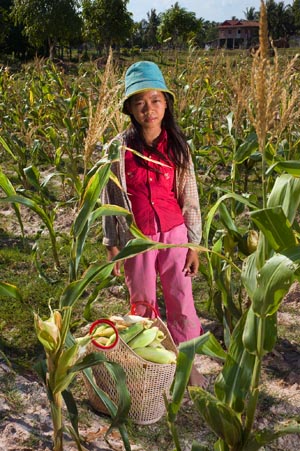 Nuon, 10, collects corn to sell at her family’s roadside stand near Kampot

You might recall our project on Cambodian child labor and the photo exhibit it inspired last year. You also might recall that this project has much to do with food: many Cambodian kids work for dinner. Our aim was not to expose the most horrific forms of child labor in gloomy black-and-white tones. Rather, we sought to explain a culture that accepts the necessity of children at work (as it is in most the world; as it has been through most of human history). Jerry wanted to show these kids as they appear in real life: in color, with stories to tell and things to say.

In continuation, the The Sydney Morning Herald has posted the story. It ran as a photo package in print, but the online version has no pictures. So we give you these to ponder…. 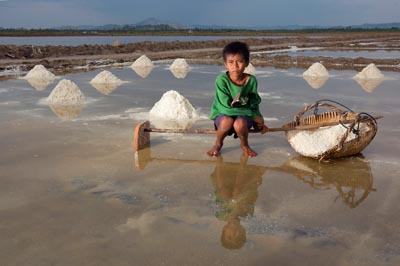 Tok, 14, works all day in the Kampot salt fields. His family came from Svay Rieng province for the work. 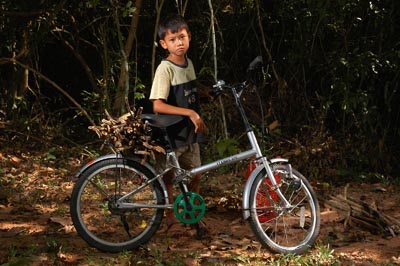 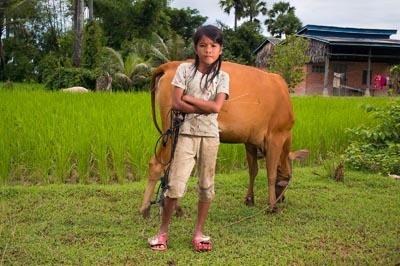 Srei Nhut, 8, watches one of the four family cows for which she is responsible. 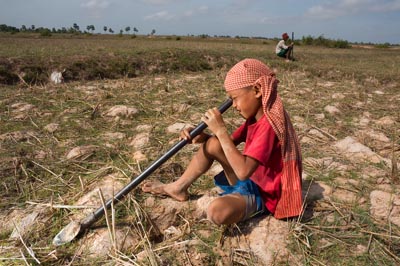 Ream, 10, looks for a frog through his digging pipe, in a field outside of Phnom Penh. He and his brother regularly hunt for the family dinner.

We see many similar things on our visits to Mexico. For many, childhood is very short before they are out selling chewing gum in traffic.

Too common, the world over.