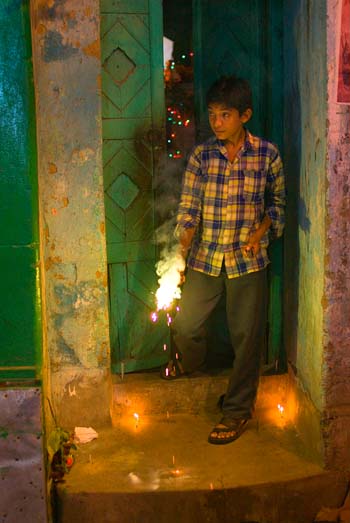 Happy Diwali — I hope you are sleeping better than we are!

It is festival time in Kolkata, a city one native calls “impossible” any day of the year. But this week, loudspeakers blare Bollywood musicÂ at maddening levels approximately 20 hours a dayÂ (one such speaker sits directly below our hotel window), and the night blazes with firecrackers, candles and sparklers. 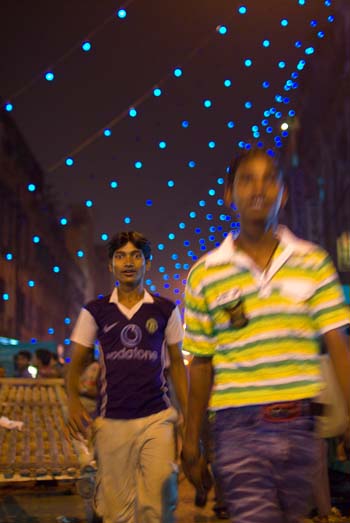 Here in Kolkata, a city named for the Goddess Kali, the mother/destroyer deity is honored in conjunction with Diwali. They call it the festival of lights, but it’s really a carnival of noise. You know we have lived in loud places, but this surpasses all.Â Think of a Khmer wedding, the Phuket Vegetarian Festival, or a seat beside the speakersÂ at a Pearl Jam concert, and you’ll get an idea of the decibel levels here. This is like the 4th of July, Easter, New Year’s and Thanksgiving in one freneticÂ bundle. 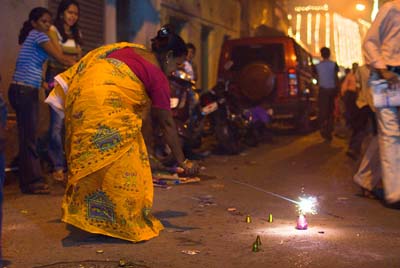 Every neighborhood makes its own Kali idol, a giant blue goddess dripping in blood, wearing a necklace of heads and sticking out her crimson tongue. For four days and nights people parade the streets, setting off fireworks, shopping for gold and giving Bengali sweets to their loved ones (more on these addictive milky treats later!). 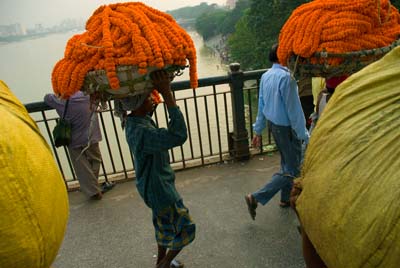 Shop owners decorate their stalls with marigold garlands, and priests keep the neighborhood awake through hours of loud prayer in the middle of the night. When all is said and done, the Kali figures will be tossed into the Hooghly River. And I hope we will sleep again. 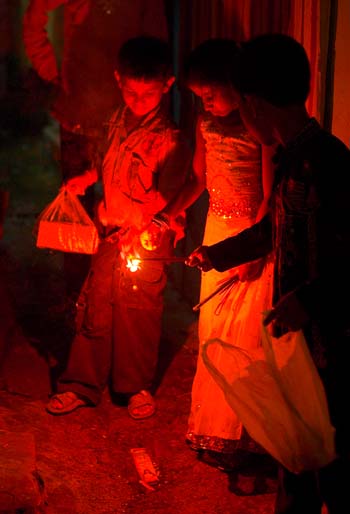 Happy Diwali to you! We went to a Diwali festival here a few years ago, it was pretty fun, but only lasted one night. Not as exciting as what you have there!
hope it quiets down soon for you!

Happy Diwali to you too! I hope things have slowed down and you’re getting some sleep!!

Thanks! We are sleeping well again.