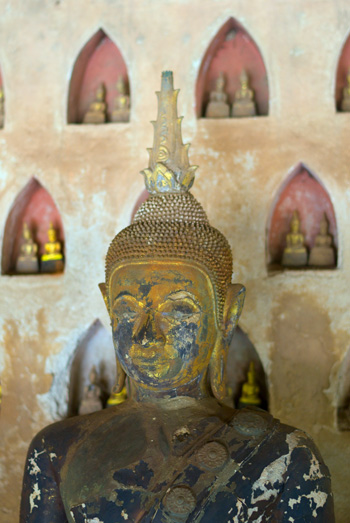 In the early 20th century, Chaleunsilp Phia Sing was the royal chef at the . He died in 1967 at the end of a protracted illness. In his last months, he recorded the history and legacy of Lao cuisine, writing across the grids of French notebook pages. His notes passed into the hands of the Crown Prince who, in 1974, gave Phia Singâ€™s remarkable hand-written recipes to Alan Davidson. Thanks to that exchange, we have today a bilingual book, Traditional Recipes of Laos, edited by Alan and Jennifer Davidson, translated by Phouangphet Vannithone and Boon Song Klausner, published in 1981 by Prospect Books.

This publication was no simple task. Each of Phia Singâ€™s pages in Lao was photocopied, but the lines of his original graph paper came through. So a fleet of hospitalized Lao refugees in (following the Lao communist takeover) were employed to white out each unwanted line.

Phia Sing had one great wish: that proceeds from the publication of a Lao recipe book would go toward a new shrine to protect the Prabang, the countryâ€™s most revered sacred object, a venerated statue that is paraded through Luang Prabang and washed in each new yearâ€™s ceremonies. At the time of publication, there was no way a shrine would come about. So instead, book proceeds have gone toward helping Lao refugees. 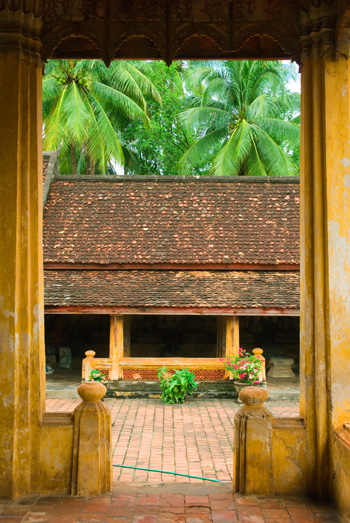 And we, the interested cooks and readers of the world, get a treasure: 318 pages of recipes and insights into the Lao kitchen. Phia Sing begins with Lao eating habits and attitudes toward food (much is medicinal in nature; and ginger, central to many dishes, bears ritual significance, representing gold).

He continues with a glossary of cooking terms (eg, nian is a verb meaning to make something into a homogenous sticky mass â€“ I love it. Every language should have a verb such as nian), descriptions of kitchen tools, types of rice, terms of measurement, sketches of ingredients, the Lao and Latin names for edible plant and animal species, and simply more downright useful information on Lao cooking than I have ever encountered elsewhere in one handy spot.

I had come across some of Phia Singâ€™s recipes through Northern Illinois University. But now I have all 114 dishes â€“ versatile, dynamic. Of coruse, not a single recipe is altered or amended for anything but a Lao kitchen. Many recipes call for padek, water buffalo parts, giant catfish roe, flat-bottomed spring onions (phak boua lai leui) grown by the Kha people, and numerous other ingredients I will never find at home in New Mexico.

On the other hand, the Laos have long been open to experimentation and some dishes call for the French additions of butter or tomato paste. Reading Phia Sing gets my creative brain working; Iâ€™m envisioning all sorts of new concoctions to try at home. Thank you, Phia Sing.

Though he could not build a shrine for the Prabang, I hope he would take comfort in knowing, when I last saw it a few years ago, the statue was duly honored in a ceremony that drew thousands.

And I hope Phia Sing would also take comfort in knowing his cuisine is alive and well in cities and villages across . I find more and more variety each time I return; restaurants new and old serving these classic dishes to increasingly larger crowds. And the village? The Laotian home? They remain â€“ as Phia Sing noted â€“ the true warehouses of culinary knowledge, where children learn from their mothers and fathers, and not a single word is written down. 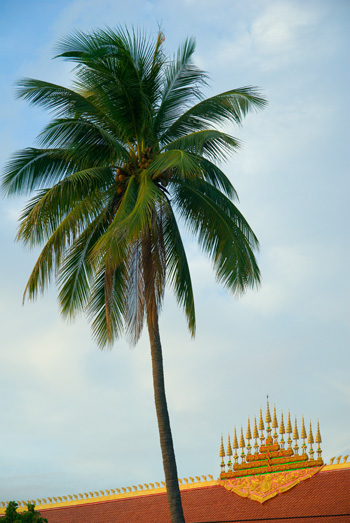 9 replies on “The Honorable Phia Sing”

[…] You can read the rest of this blog post by going to the original source, here […]

[…] Karen wrote an interesting post today on The Honorable Phia SingHere’s a quick excerptHe continues with a glossary of cooking terms (eg, nian is a verb meaning to make something into a homogenous sticky mass â€“ I love it. Every language should have a verb such as nian), descriptions of kitchen tools, types of rice, … […]

Karen,
A really interesting post. Alan Davidson is a bit of a hero of mine, have you read his fabulous book ‘Seafood of South-East Asia’? He has written some truly encyclopedic volumes on food, some of which was written whilst he was British ambassador to Laos. His volumes on the seafood of the North Atlantic and the Mediterranean are also a must.
Where would we be without the Phia Sing’s and Alan Davidson’s of this world, I wonder?
Miles

Miles, I have not read Davidson’s book on seafood — will have to put it on my list, especially after the past week. I just got back from Krabi. Rained nearly the entire time, but we managed some incredible kayaking, and the seafood curries were outstanding.

Karen,
I love Krabi, the food is better than the canoe trips though. They’re just not designed for tall Englishmen, after two hours in one of those followed straight after by an hour long elephant trek I was cross-eyed and bent double with back and leg ache. I’ve been bow-legged ever since!
Happy Halloween by the way.

I can’t wait to try some of these things. Is there a recipe for the seaweed treats? Thet beat corn & potato chips hands down!

No recipe for seaweed, but plenty of others that can be made easily in the United States (with a few substitute ingredients, of course, unless you have a buffalo in the back yard or a river of abundant fish).