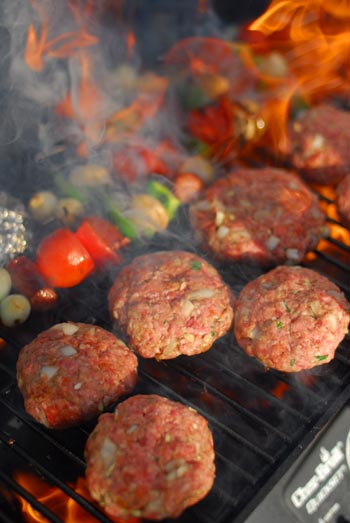 Memorial Day signals the start of summer, and no holiday weekend is complete without a barbecue. So barbecue we did, combining the tastes of east and west, from the high deserts of the American Southwest to the damp tropics of Southeast Asia.

Eight thousand miles spread between these regions, and yet the flavors mingle like next-door neighbors. I have long marveled at this, at the ways ingredients span the globe and the fact that history is present in every dish. Take the chili, indigenous to the Americas, cultivated for 6,000 years or more. It wasn’t until traders carried those peppers from continent to continent that Asians were introduced to this miraculous plant and quickly incorporated it into their daily repertoire. Now, try to imagine Thai or Indian cuisine without it. Cilantro? It went the other way, spreading from the Mediterranean and Asia to the New World. Key lime was consumed in Asia long before its arrival on American soil, long before it garnered a famous name in a Floridian pie. Try to think of Mexican food without the lime.

And the barbecue? Cooking over flames? Well, that’s simply central to humanity (If you’re interested in an essay on the role of fire in Asian cooking, pick up a copy of the May 2006 issue of Gourmet.)

So we had ourselves a multicultural meal (as most every meal is, really), packed with flavors and histories that have crossed and merged and divided over time. The clear skies of New Mexico may seem a long way from rain-soaked Thailand, but look at the points of convergence: 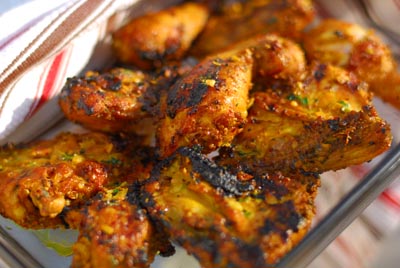 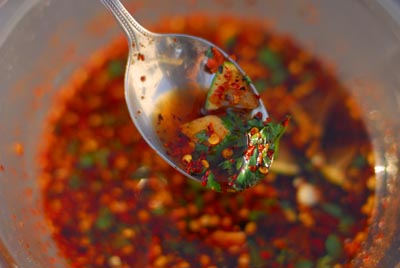 Hand-packed burgers cooked beside skewers of veggies and sausage. 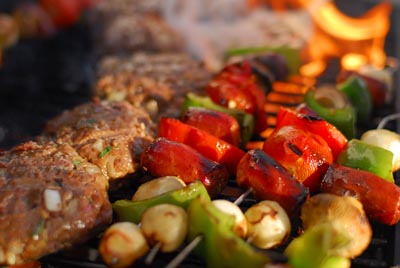 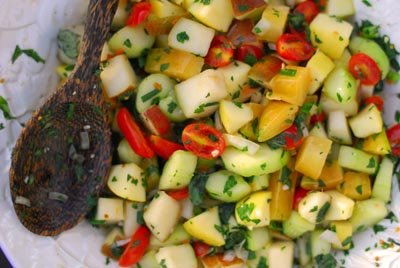 Jerry made his classic Southwestern black beans with plenty of garlic and onions, tomatoes and chili. 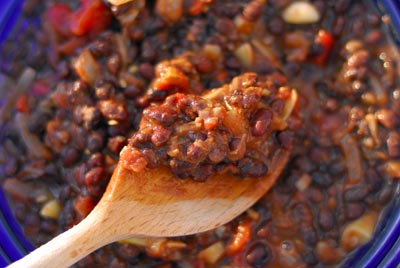 We stuffed our plates… 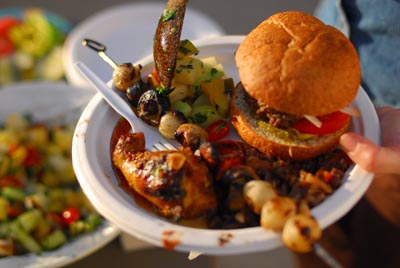 and ended the evening in a universally understood way, with drinks around a fire â€” a pastime I have observed time and again, both east and west of the Pacific. 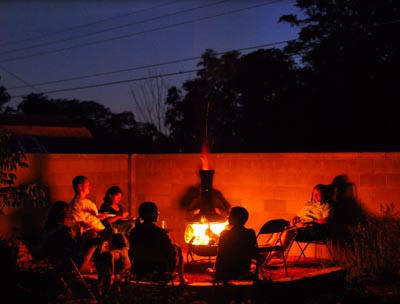 Wow, what a feast! And nice picture of the chimenea.

How about a recipe for Jerry’s black beans?

Oh, it all looks so cozy; must have been a great time!