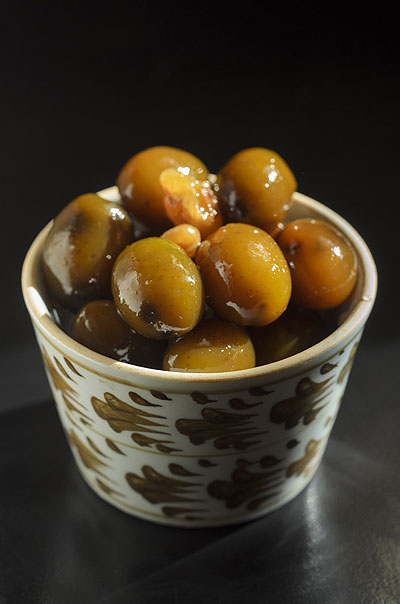 It’s the little stuff, life’s petty displeasures—muddy floors, email glitches, lost time, lack of sleep, bikes with flat tires just when I want to ride—that ruffle me and make me that person I don’t want to be. The person who lacks perspective.

But it’s also the little stuff that does just the opposite: makes me see the universe through the tiniest of actions in the smallest of moments. The things that make us human. The phenomena that make the world a glorious place to be.

A few weeks back, I traveled again to Azerbaijan. And I met a young man who told me the story of his mother’s olives. We were talking about writing with all of our senses; of putting an audience in a scene through sights and sounds, tastes and smells, textures and associations. So much of what we interpret of the world depends on the memories we form through the experience of a particular sense: The way bad tequila puts me back in college, on nights I’d rather forget. The way a televised football game sends me to my parents’ couch on a lazy Sunday afternoon. The way the thump thump thump of a mortar and pestle reminds me of our condo in Chiang Mai, where our neighbor pounded her curry during the early morning hours in an outdoor kitchen.

The young man—a human rights lawyer by training but a poet in his words—told me how the scent of olives reunites him with the memory of his mother. Not salty olives as we might instinctively think, but the sweet, spicy olives of her unforgettable jam. In Azerbaijan, mothers turn a savory treat into a candied delight. Pits and all, the olives soak in syrup with an array of spices, nuts and citrus peel. Two types of olives are used, one firm, the other not so. Regardless, the end result, after much time and attention, is an aroma that puts this young man straight into his mother’s arms, in her house, in the place he knew as a child. Every time he goes away, it’s the olives he craves on his return. I cannot convey the full sense of his message; I cannot do his story justice. I didn’t memorize his poem. But when he spoke of olives and scent, his mother and memory, it was the essence of gratitude. An olive, such a small thing. But everything, to this man who loves his mother so.

On my last day in Baku, the young man brought me an overflowing jar of his mother’s olive jam—a giant container. She’d asked him where the jam was going, and when he told her, she said, “Well, if it’s traveling all the way to America, we have to give her a REALLY BIG jar!”

The jam survived the trip; the jar emerged a bit sticky but intact. And now our refrigerator is honored with this gift of the senses.

This week, I heard from a colleague who just learned he has cancer. But his message was not bleak; it was full of hope. This man has spent much of his career reporting in one of the world’s poorest countries, a place routinely in the news for the worst of natural and human disasters. But there, my colleague says, he has learned perspective from people who face “higher mountains” than he.

Azerbaijan is one of those places, too, where the mountains are high—seemingly insurmountable at times. But the olives are plentiful, and so is the jam. I want to remember that as long and as often as I can.

Happy Thanksgiving everyone, wherever you are. 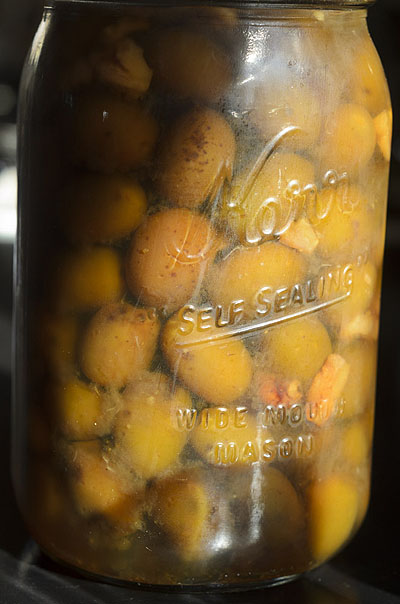 3 replies on “Olives & Everything.”

I could eat good olives for ever. They are so addictive!

A beautiful snapshot of gratitude. Thank you for sharing this story with us.

So beautiful. Thank you.