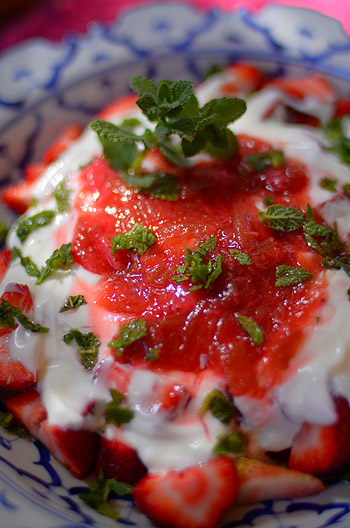 Here in New Mexico, we are living in exceptional times – “exceptional” being the word weather monitors use to describe some of the nation’s worst drought conditions: rivers gone dry, ditches of dust. We’ve seen some relief this past week with afternoon and evening showers, and the apparent start of the monsoons. But it’s not enough.

There is, in fact, debate as to whether this is drought. A drought, by some definitions, is a “deficiency of precipitation over an extended period of time.” It’s described as “an insidious hazard of nature” with characteristics that vary from place to place (drought in the rain forest is different from drought in the desert). Its beginning and end are determined by detailed analysis of weather data and the degree to which precipitation veers from local averages. But what if low rainfall is the norm? What if, here in New Mexico, we’re not experiencing an aberration – but the way things typically were and will be?

It’s hard on people, plants and animals. Our gardens shrivel in the sun. They need careful attention, or they will not survive. The Rio Grande, less than a mile away, dwindles to a trickle, then nothing at all.

What a switch to the soggy, muggy summertime Midwest, when we visited family in Wisconsin a couple of weeks ago. It rained almost every day. We stopped at a store one morning, parking beneath heavy, leaden clouds. By the time we’d finished our errands, the sky crackled and growled as an opaque cascade pummeled the ground. Water pooled and puddled everywhere. It hung around for days. Plants grew lush and green… 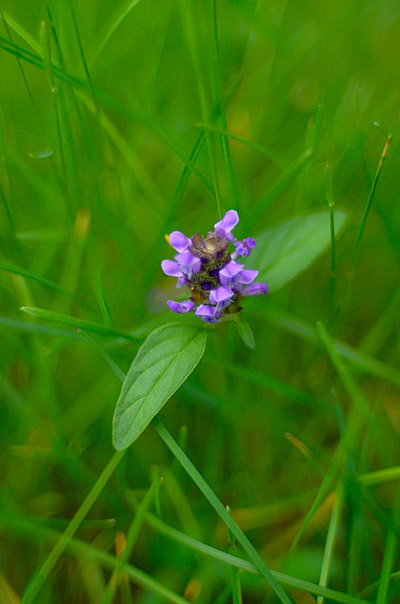 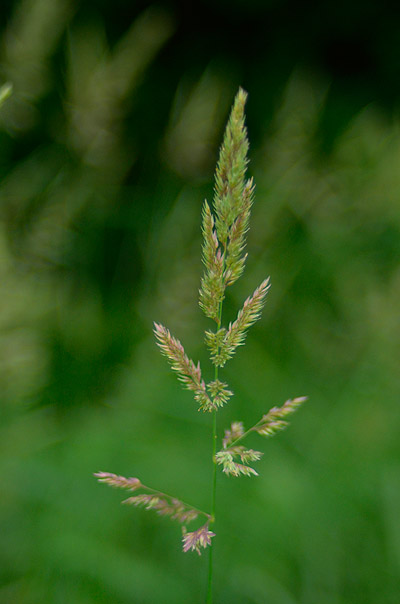 …fragrant and tall. I’d almost forgotten what the Midwest could be, in summertime. I’d forgotten what it was like to know the rain would come without all the hoping and fussing.

I found a turtle crossing the road, then helped it back to the woods… 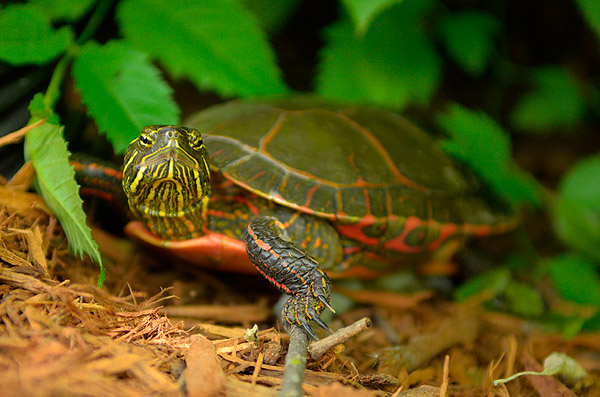 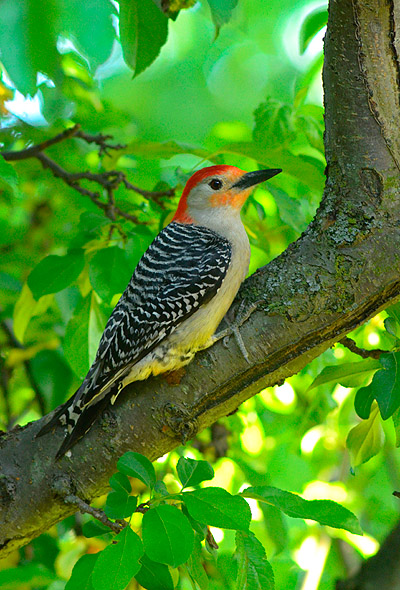 …while the resident red-bellied woodpecker regularly showed its colors (curiously: a red cap but no red belly). Day in and day out, Jerry sneezed, in fits of five or 10 or more, thanks to this burst of verdant growth. 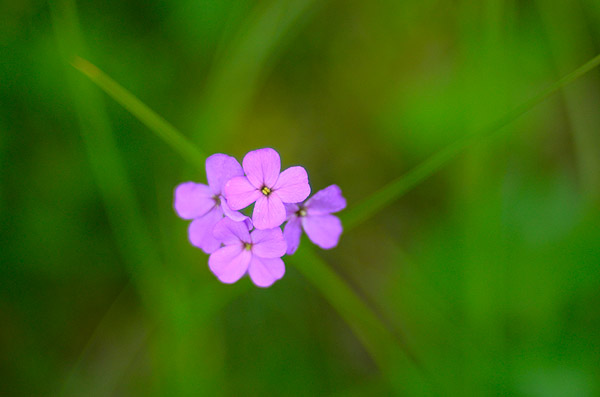 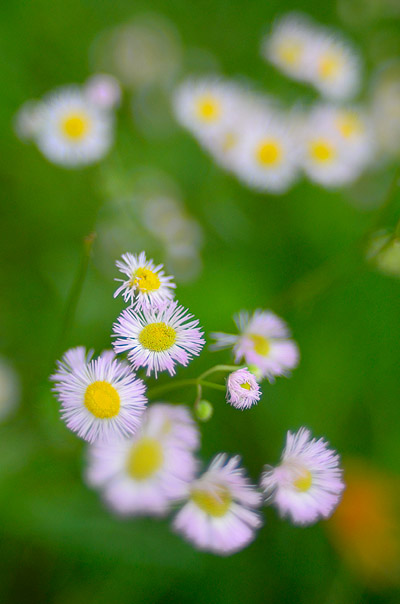 And he picked rhubarb in the garden for my Mom to make sauce. Rhubarb: we don’t get much of that here in the desert Southwest, where it wilts in the heat. It’s a cool-weather plant that needs a good winter to stimulate later growth. The tangy sweetness of that simple sauce (rhubarb and strawberries mixed) was something I hadn’t tasted in a very long time. We brought it back to the desert and ate it on cornbread. And somehow, breakfast that morning felt a little more humid, a little more Midwest.

Here’s the recipe, adapted from the old tattered green-covered cookbook my Mom has had since her early days of marriage: Meta Given’s Modern Encyclopedia of Cooking, published in 1952.

Boil ingredients gently for about five minutes. Cool and serve. 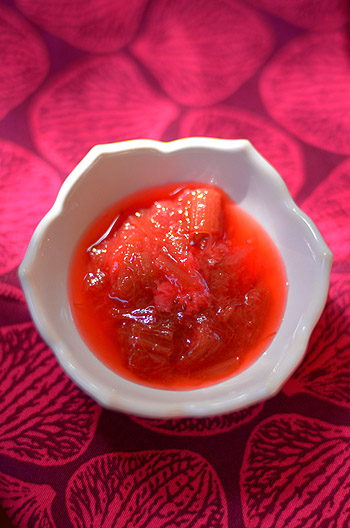 One reply on “Rhubarb & Rain”

Lovely! And what a cookbook coincidence: my mother’s first American cookbook was Meta Given’s “The Modern Family Cook Book” from 1943, and it includes Rhubarb Strawberry Meringue.