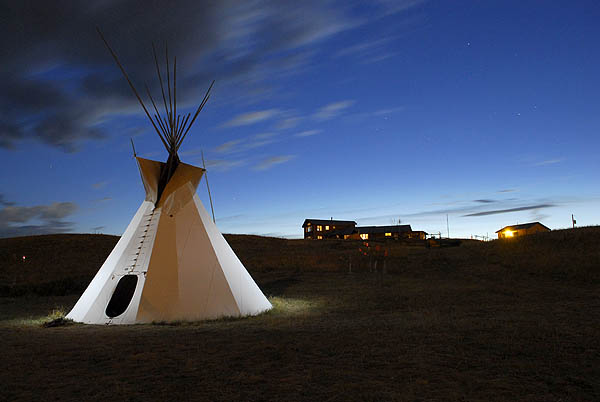 “Life here is very hand to mouth. Out here, we don’t have the finer things. You get what you get and you don’t throw a fit. And I’m going to be honest with you, sometimes I don’t eat. I’ve never told anyone this before, not even my mom, but I don’t eat sometimes because I feel bad about making my mom buy food that I know is expensive. And you know what? Life is hard enough for my mom, so I will probably never tell her. My parents have enough to worry about. I do not know what you can do, but try your very best to help us. Please help us. We can do this. Yes we can!”

The above quote comes from a letter written by a 15-year-old student at South Dakota’s White River High School to S. James Anaya, UN Special Rapporteur on the Rights of Indigenous Peoples. Anaya read this quote last week during a talk at the CU Law School. Most of White River’s students come from the nearby reservation of the Rosebud Sioux Tribe. Their letters, Anaya said, reflected a combination of hardship and resilience common to the indigenous people of this country.

This all stems from Anaya’s mission to America last year in order to report on the human rights situation of indigenous peoples in the United States. What he found was disturbing evidence of historical wrongdoing that continues to hinder the rights and livelihoods of this country’s native peoples today. He called for reconciliation. He called for American leaders to remedy the past. And he named the UN Declaration on the Rights of Indigenous Peoples as an important guide.

You can read the full report here. But a few key points to consider:

This is not “mere happenstance,” Anaya’s report notes. It stems from this country’s history of taking vast tracts of land and resources from the people who used, occupied and honored them. This loss of land has gouged deep holes into the heart of native hunting and fishing traditions. And it’s irreparably altered indigenous diets (something I wrote about here).

Anaya’s talk comes at a pivotal time in my writing, as I’m thinking more about the big, global state of food and how inseparable the overall picture is from issues of conflict, politics and human rights. Analysts talk about boosting agricultural yields to feed a growing global population. But is that enough?

In my mind, no. It’s more complicated than that.