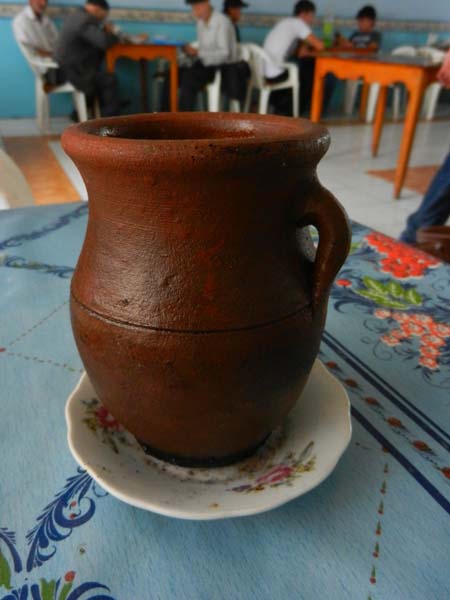 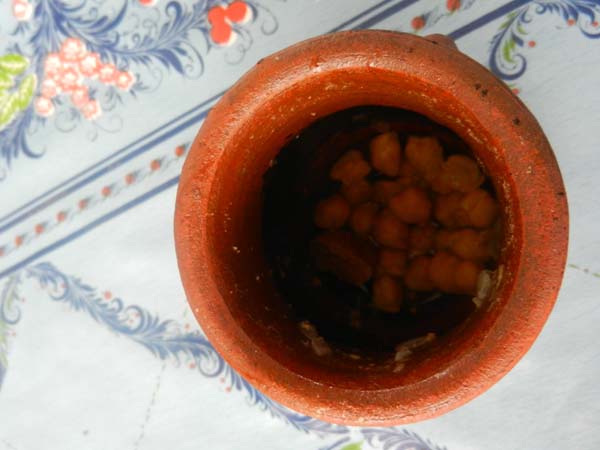 But that isn’t how I had my first taste of this sheep-and-chickpea stew. It’s a specialty of Sheki, in Azerbaijan’s mountainous north. It’s a rich dish, the sort that keeps a body warm; keeps a person chugging through a long day of physical labor. But that isn’t the sort of day I had when I tried piti. I was in a place called Zagatala, some 50 miles outside of Sheki, on a hot July day when the sun beat my face and drenched me in sweat.

Zagatala is a quiet Caucasus town of roughly 30,000 people. Its terrain faces twin borders. In one direction, the mountains lead to Georgia; in the other, they lead to Russia. If news of Zagatala makes it this far to the States, it’s probably due to earthquakes. The region is prone. Twenty-eight earthquakes hit the area last year, the strongest on May 7.

Two months later, I traveled to Zagatala to lead an entrepreneurial journalism workshop with local reporters. I flew into a land of lush green mountains sprinkled with mist. The air was filled with birdsong and the scent of sweet vegetation. We worked in an old compound with rambling buildings made of stone and brick. A giant mulberry tree outside the office blanketed the ground with its many white berries. Just outside the compound was a yellow bridge over a wide riverbed with swift-flowing water. Mountains rose tall on the horizon.

On the last afternoon, we ended class and boarded a cramped bus to a village in the hills. We climbed the rocky road past stone houses behind stone fences in big verdant yards with chickens and cows. And then we walked higher, to the woods, where a path led down to clean mountain waters tumbling over rock. We spent hours that evening—with summer light shining strong—drinking tea and singing and dancing at an outdoor café in village family’s big backyard.

And the next day, I played tourist (led by a fabulous young woman who volunteered to be my guide). That’s when she took me to eat piti. 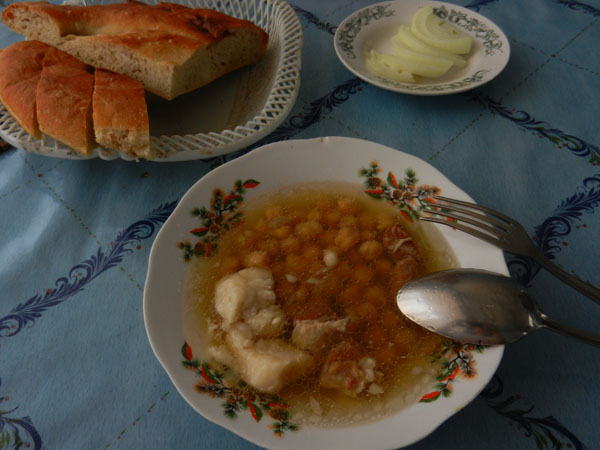 I was told there is protocol in eating piti. The stew is served in little clay jars with chickpeas beneath a rich, oily stock of sheep meat and fat, cooked in the same clay pot. It’s meant to provide two meals: first the broth and fat, into which bread is dipped; then the chickpeas topped with raw onion.

I broke protocol, though, and steered clear of the bread. And that was hard. Oh man oh man oh man, that was hard. It’s not often I miss wheat bread—but in Azerbaijan, where bread is considered the staple of life, I missed it dearly. I ate it once, at a Georgian restaurant in Baku, which was entirely worth the pain I suffered in my gut for the next two days. Bread.

And fat. That’s another key to piti—you can see it in the picture above. Sheep fat. As I mentioned, piti is a dish for the hills, for the cold, for a hard day on the farm.

We quenched our thirst and cooled our tongues on big chilled glasses of ayran, a yogurt drink popular throughout the region, as well as across the Middle East. In its most basic form, it is yogurt and water, blended with a bit of salt. It’s not thick, but delightfully cold and light. Yet one large glass can fill the belly. 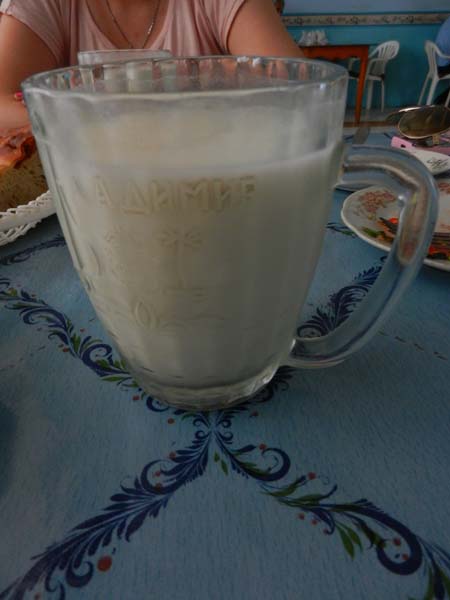 We were, as women, a distinct minority in the restaurant that afternoon. The place, on the edge of the Zagatala bazaar, was hot and noisy, filled mostly with men eating lunch and drinking mid-day drafts.

A few days later, back in Baku, I found a copy of Azerbaijan Cookery (Qismet 2008), which contained two recipes for piti—a plain “pyty” and “pyty a la sheky.” Both recipes require a bit of further exploration (on my part, anyway) and investigation, as I am not well-versed in Azeri cooking. But the recipes are written in that beautiful language of translation, both linguistic and cultural. I have not tried making my own piti. I have no further information than this. But here, in case you are up for an adventure:

Ingredients are similar to the kjufta-bozbash soup. In the summertime saffron is replaced for fresh tomatoes (50 gr). Take 2-3 pieces of mutton (55-60 gr) per each portion. Soak peas (as noted in kjufta-bozbash recipe: 25 gr) for 4-5 hours. Simmer meat and peas in the pyty-pot. Before 30 minutes the soup is ready add potatoes (150 gr), cut onions, alycha (kind of damson), saffron infusion and bring to the readiness. As a rule the pyty soup is served in the same cooking pot. Use a deep plate or cyasa (bowl). Served peeled onions and sumac powder separately. 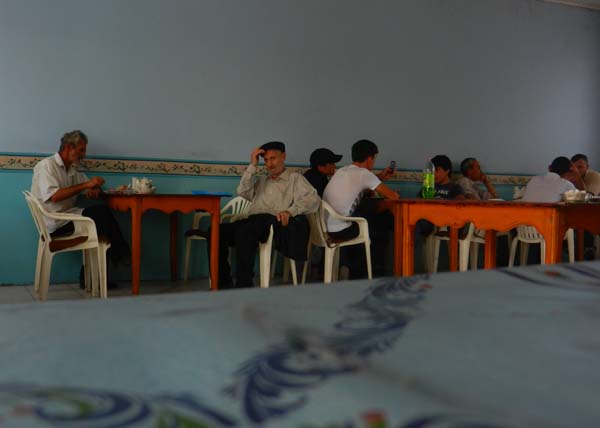 A few further items of note:

2. Next month, I plan to return. Not to Zagatala, but to Baku. May the adventures continue (but not the earthquakes)!

3. If you do find yourself in an earthquake, it’s good to be prepared.