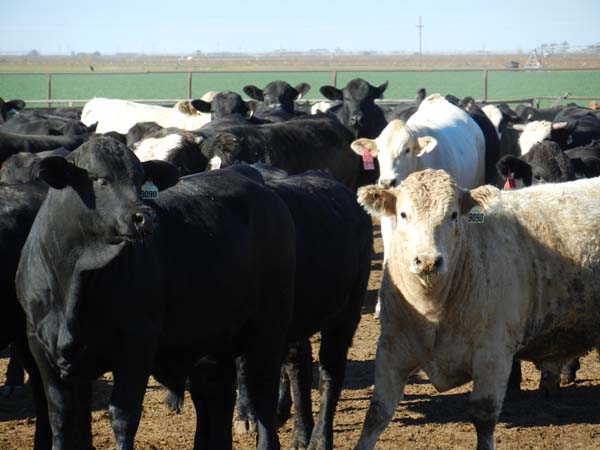 Cattle at the Hale Center Feedyard near Lubbock, Texas.

Howdy, folks! Here we are in West Texas cattle country, and we’ve had beef and beans at just about every meal. In the words of one kind host, “If you’re a vegetarian, too bad.” He said it with a big grin (Texans really are friendly and hospitable folk), and went on to describe the menu: “We have pintos, which is a normal sort of thing for people to eat around here. We have brisket. And we have sausage, which we don’t really know what’s in it—we never ask.”

Well, we are here precisely to ask questions—about everything. We’re meetin’ and greetin’, lookin’ and learnin’ all week long at the biggest, most inspiring gathering of environmental journalists on the planet. It happens every year, and this year, it’s happening right now in West Texas.

Truthfully, I’m exhausted. We all are. Exhilarated and exhausted all at once—so much to see and do and hear and learn and eat and drink. Today—while Jerry toured a low-level nuclear waste dump and uranium enrichment facility—I visited the Hale Center Feedyard and historic Pitchfork Land & Cattle Co. (a.k.a. ranch). I mingled with a few cows and heard all about the “invasive” mesquite (as the plants are called, though folks on the tour also called them native) that drives ranchers batty. Cows don’t like it, and it grows like a weed. We also learned about the fire that scorched half the ranch’s 180,000 acres—and how that shifted total numbers of cows and their grazing patterns. 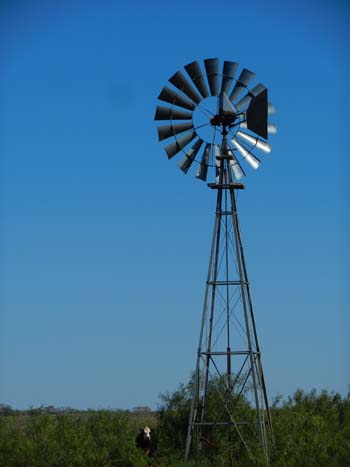 A lone cow and a windmill on the Pitchfork Ranch. The windmill pumps water for the cattle.

We’re learning a lot about energy too—thanks in large part to a smart, fun group of European environmental journalists reporting on everything from wind to nuclear power to superweeds, GMOs and bad science. (Did I mention I love these conferences for the conversations?)

Energy, like food, is a central theme to this conference. What isn’t a ranch around here is likely a wind farm, a fracking operation—or some combination of all. From a food perspective, the emphasis on energy makes sense. After all, according to an FAO paper published during the UN Climate Change Conference last year, the food sector accounts for about 30 percent of global energy consumption and 20 percent of greenhouse gas emissions. No small affair.

And now, I must sleep, for tomorrow is another jam-packed day. Good night y’all. 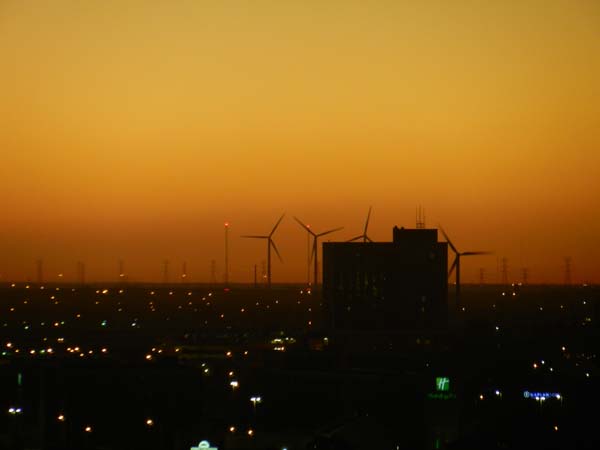