The Rambler was down there for a bit, but certainly not out. A webhosting snafu kept the blog software from finding and reading the rich, well-reported database of Truth, that is the essence of Ramblingspoon (Techno babble: php scripts inexplicably stopped fetching data from the SQL database. Had to re-install the whole durned thing, twice). 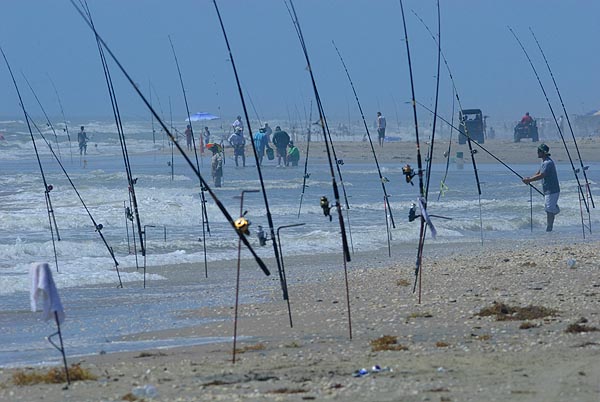 Poles left to bake in the sun along the Gulf of Mexico on Brazos Island, Texas. Their owners were wisely in whatever shade they could muster nearby, taking part (loosely speaking) in a fishing tournament.

Well, it’s true. You can look it up over on The Faster Times, where Karen done wrote about fishing. In Texas, no less. With cops. 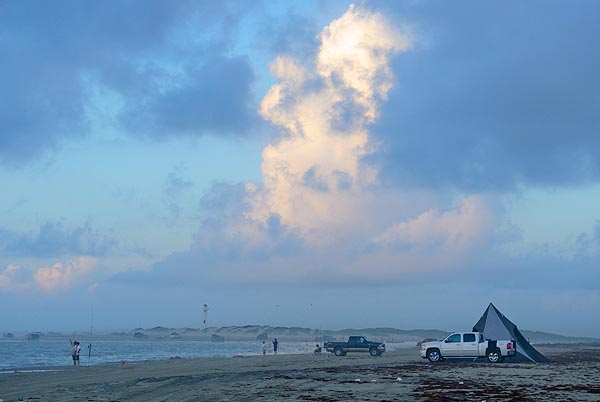 Sunrise over the Gulf of Mexico, looking across the mouth of the Rio Grande, toward Mexico.

A couple of weeks ago we took a trip following the Rio Grande from Hacienda Redcoates all the way to the river’s surprisingly small mouth on the Gulf of Mexico. We also stopped in Big Bend National Park where we saw Illegals: 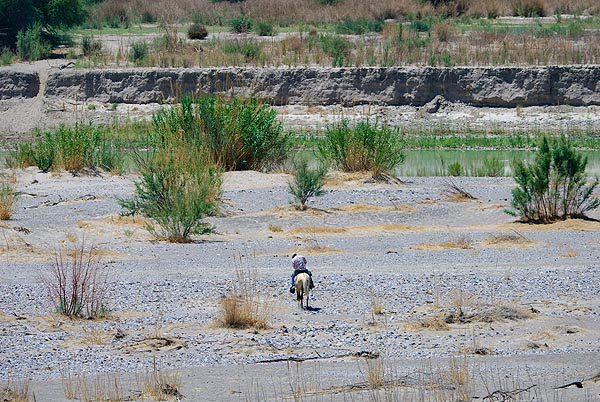 A Mexican man rides his horse back home through a dry bend of the Rio Grande after checking on the trinkets he left for sale along a trail in Big Bend National Park.

In other, less-developed parts of the world, illegals are often called “Migrants” or “Humans.” 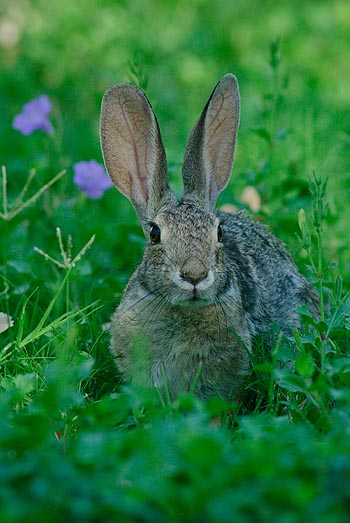 The whole week was spent either driving or sweating, and often both. More info on the whole trip at some future point.

Meanwhile, The Rambler and her humble minion (me) are in Missoula Montana for the next few months as she teaches choice journalism tidbits to various and sundry student-types at the University of Montana. She has promised to post something cogent and interesting soonly for all y’all faithful readers.

One reply on “Wow. That stung a bit.”

So close to my home!