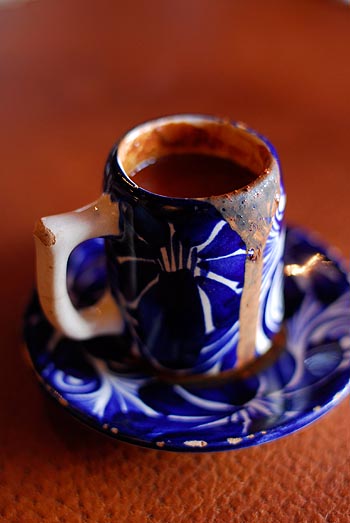 It’s amazing what the palate can forget. The Aztecs and Mayans drank their chocolate rich and frothy; mixed with chile, flowers and achiote to give it a distinct red hue. It resembled nothing of the solid uniform rectangles sold today. Mesoamerican cacao was an elixir, a status symbol, a reward for warriors and a currency used throughout the region. Findings in modern-day Honduras suggest these drinks were already being made by 1000 B.C.

Europeans hated chocolate when they first encountered it. According to historian Marcy Norton*, an early Italian traveler declared chocolate “fit only for pigs.”

But the Spanish recognized chocolate’s importance in Mesoamerican society, and they saw reason enough to ship a bunch of it home. Slowly, the drink spread. And with time, Europeans amended their recipes, adding cinnamon, black pepper, anise and sesame in efforts to replicate the flavors of Mesoamerican flowers. “By the end of the eighteenth century, all that remained of the spice complex was cinnamon and sugar,” Norton writes. People eventually forgot the original concoction.

But a little cafe on Santa Fe’s Paseo de Peralta remembers very well. The Kakawa Chocolate House serves a whole menu of ancient-style Mesoamerican elixirs; as well as modern and old-fashioned European mixes, which are sweeter and gentler than their counterparts.

Personally, I’ll take my chocolate with a little more zest. Most of the Mesoamerican varieties contain chile, and most are sweetened with honey or agave. But the Aztec Warrior, pictured above, stands all on its own. It’s a potent mix of herbs, flowers, nuts, spices, chile, vanilla—and nothing sweet at all. It tastes like molé in a mug; I have visions of slathering it on pork and grilling it over fire.

Not all the chocolates are so wonderfully rugged. The rose almond is floral and fragrant, like drinking in a summer garden. But it still has the kick of chile.

On a side note, this whole business of old-time chocolate came up a few months ago when Jerry took an archaeological tour of Chaco, the center of Four Corners civilization 1,000 years ago (I’m envious. I missed that trip.). There, archaeologists have unearthed cylindrical chocolate jars from Pueblo Bonito that suggest Chacoans were drinking chocolate and trading with people much farther south. These findings mark the earliest-known presence of chocolate north of the Mexican border.

I’m all for local tradition. I could use a cup of that chocolate right now.

*If you’re interested in the history of chocolate, I highly recommend downloading the full text of Norton’s article in the OAH Magazine of History. It’s available for free with university library access. I’m also eager to read her book. 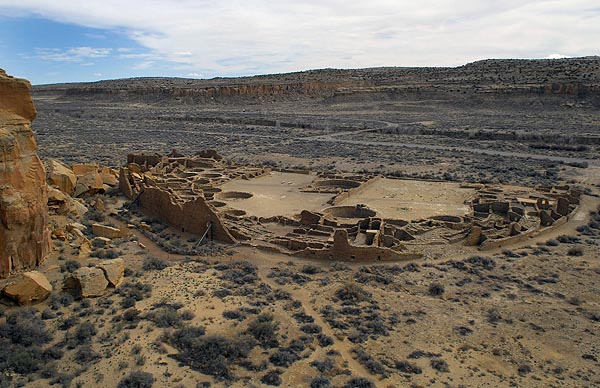 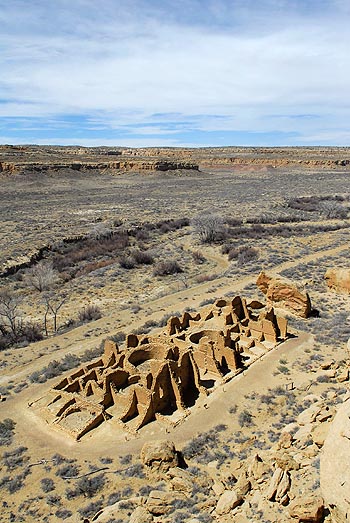 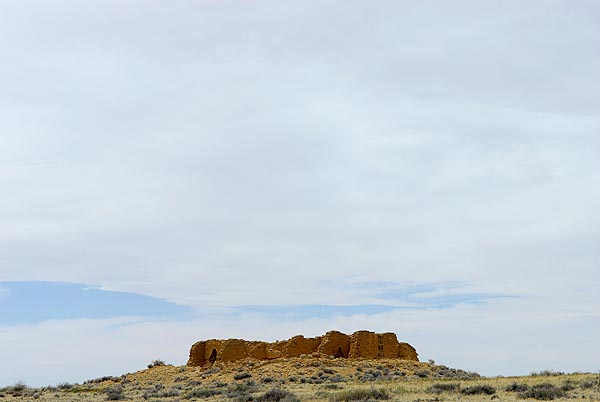 What gorgeous photos! And thanks for the link – book looks fantastic! My kinda reading 🙂

What a wonderful journey to make, I can see why you regret missing out. That cup of chocolate looks wonderful. Not sure I’m “man” enough for it just yet. 🙂

I know they were flavored so differently than the sweet or semi-sweet concoctions we have today. Interesting, but not really surprising about Chaco. The Neanderthals we dug up in the South of France traded across hundreds of miles to get the raw materials for their stone tools, so it doesn’t surprise me that modern humans had similar trade networks for cacao. People are always so surprised to see that or ancestors and distant relatives were sophistocated or traded across countries and continents. The Silk Road is a very obvious example of early trade – from 4000 years ago as well.

Kakawa House was such a memorable stop during my visit to Santa Fe, you captured it beautifully!

You’re welcome, Jess. And thanks for the kind words.

Maureen, that cuppa does a better job than a pot of coffee or tea. Good for a drowsy day.

Laura, so true. I’m reminded of the fascinating book Empires of Food, which questions the definitions of “authentic” or “purely regional” cuisines, given such long histories of trade – including the “Stone Age merchants who trucked Middle Eastern wheat across the breadth of Asia and laid the foundations for four thousand years of noodles in China.” I like the authors’ assessment, “Promiscuity in foodstuffs is part of human nature.”

Thank you, yumivore. Kakawa is quickly becoming a habit for us.

Amazing pictures! Wish I was there!

What a fascinating story on some the history of Kakawa. Thanks to “Chilicult” for sharing it with us. I will be sharing this page on mine! I would love to attempt to re-create the Aztec Warrior Chocolate someday. Any recipes would be appreciated.
Thanks again.
Gary

Thanks to you both for sharing. I will be sure to let you know if I get my hands on an Aztec Warrior recipe. (I also think it’s about time for another trip to Kakawa – it’s been a while.)