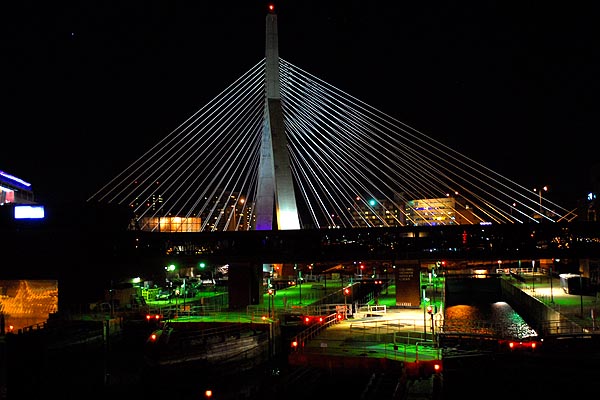 I’m an amphibian in the desert. I’m always drawn to water. I love fish. But I don’t get much of either in Colorado or New Mexico. Occasionally I’ll treat myself to a piece of wild Alaskan salmon or a frozen package of some sustainable specimen that gets the Monterey Bay Aquarium OK. But mostly, I wait for the next return to a seafaring place.

Last month, that was Boston. And for the first time in a very loooooong time, I ate from the waters with wild abandon. I had more scallops, clams and mussels than in the previous two years combined. But the one thing I really, really wanted was a good, hot cup of clam chowder.

I grew up on Campbell’s New England clam chowder, the chunky kind that comes in a can—just add milk. I embellished with lots of pepper, and I liked it fair enough. But then I spread out and about in the world, and I tasted the great chowders of San Francisco, Seattle, the misty Oregon Coast. I still drool a little each time I recall the Alaskan salmon chowder Jerry and I ate in Anchorage during our honeymoon. I had become a chowder girl, no doubt.

But all that changed when I gave up gluten eight years ago. My fish habits changed, too: I was living in Asia and my soups angled more toward tom yam pla, laksa and mohinga.

But, wow, did I have a hankering for clam chowder that whole week I was in Boston. I searched for several days, but found not a single menu with a gluten-free option. And then I learned about Legal Sea Foods. Most every Bostonian I asked prefaced his or her description of the place with a caveat: “It’s a local chain.” Many, I found, had avoided the restaurant for precisely that reason until one day, for one reason or another, they tried it—and liked it a lot. 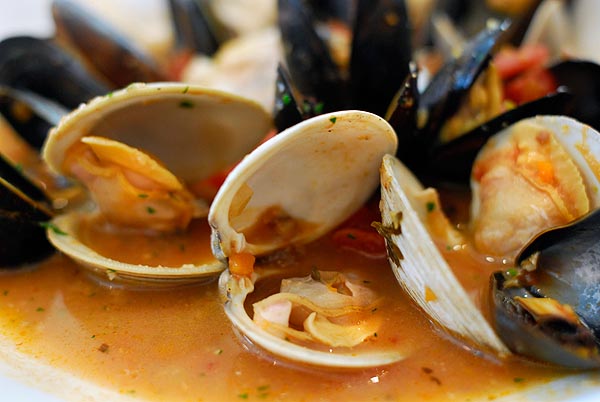 Key to me was the fact that Legal Sea Foods has a whole gluten-free menu, including clam chowder (at least the Kendall Square outlet in Cambridge does).

Right off the bat, I ordered that chowder. But then I spotted the Portuguese fisherman’s stew, and I ordered that too. That’s what you see above: a luscious tomato-saffron broth over fish, clams and mussels. The waiter even brought me a couple of gluten-free muffins so I could do what I love to do best with a good chowder: I slathered those muffins in butter and dipped them into that tasty broth. 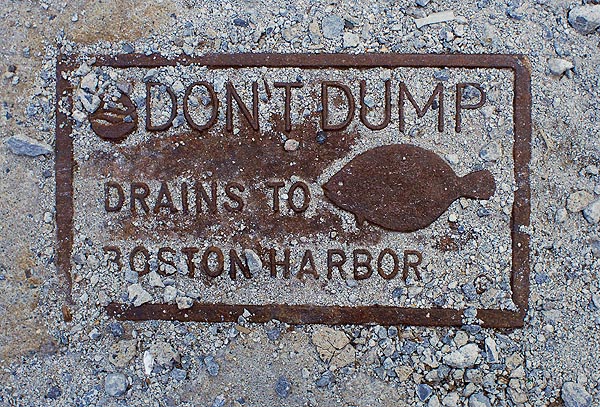 I enjoyed the clam chowder, though I didn’t find it quite as divine. It had a clear, wheat-free broth with sturdy flavor minus the creamy richness of most chowders. But that Portuguese stew: I’m a Legal Sea Foods fan because of that stew.

Maybe it wasn’t just the food. Maybe it was also the fact that we ate our lunch with a good college friend we hadn’t seen in ages. The three of us lingered at the table, chatting for hours about all the mysterious turns in our lives. We sipped from individual pots of tea. And I indulged in every spoonful, every last crumb of my gluten-free meal. 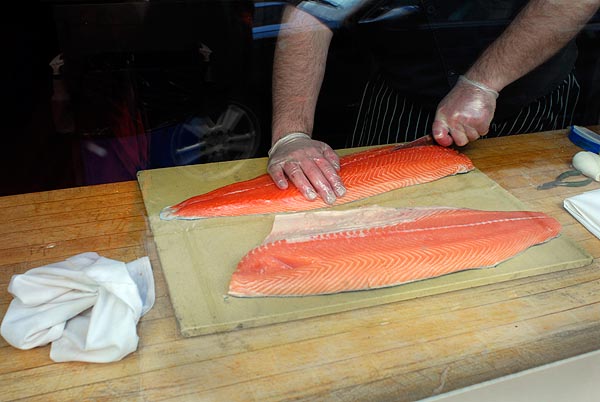 A chef slices salmon in the window of a North End Italian restaurant.

Clam chowder maybe is delicious but I like it when the chef is slicing the fresh salmon. It makes my mouth water just looking at the chef slicing the salmon and it made me imagine how it would taste after it is fried or cooked.

I agree wholeheartedly! That salmon fillet picture reminds me why I love salmon so much. Not only is it melt-in-the-mouth delicious, it’s also stunning to look at.

Thanks for sharing your man behind the photos with us. The photos are just as important in these days when we like to feast with our eyes.

I love the resting on the uphill photo. Are they really that tired? Or do they just really know how to rest?

Mmm, yes, there is something beautifully artistic about a fresh slice of salmon.

Bunny Eats, yes, they really are that tired on the uphill. It was nearing 100 degrees that day, and the hill was much steeper than it appears. Curious thing: we had chatted up a couple of UN workers on the beach below, and they came racing up the hill in an SUV. They offered to give us a ride but not the locals carrying the big fish. We insisted they take all of us so, with an upturned nose, the UN driver made room for the fish in the back. He wasn’t too happy about it, but the fishermen were.