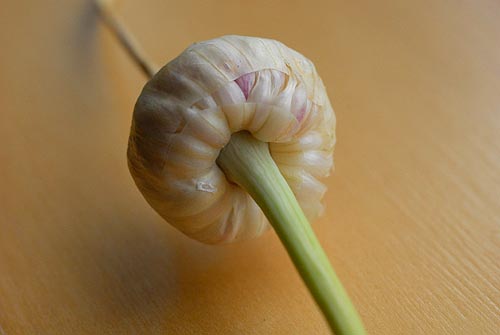 Just for the record, I do not feel as though I’ve had a summer. Is early August too late to start? For many reasons, big and small, this feels like the shortest, most harried summer on record. Now, suddenly, it’s August. And soon I will embark on this next important phase of my life. Don’t get me wrong—I’m not complaining. It’s all good, what lies ahead. And I’m thrilled to be doing it. But right now, I just want a little rest and a little peace and a few free moments to watch the night hawks circling overhead (they’re very graceful).

So tomorrow morning, waaaaaaay too early, we’re catching a flight and we’re taking a short trip to see family for a few days. We’re going to a baseball game and a pool party, and we’re going to have ourselves a little bit of summer. (If you’re a friend back home, wondering why I haven’t told you—this is a spur-of-the-moment journey. We haven’t told anyone outside of family and friends who water our plants.)

And then next week, I hope, I will return refreshed, ready to face a few more deadlines before I pack and gather my conscience for the big shift.

It’s life—it’s always on the move. Just like culture, just like food. Everything always grows, changes, evolves. Nothing ever stays the same (first lesson in Buddhism, first lesson in anthropology—and first lesson in the kitchen, I think). If ever I need reminding of these facts, all I need do is look at my garden or the nearest farmers market. The world is constantly in flux.

Which, finally, leads me to the picture above. Not too long ago I bought a bunch of fresh, sweet garlic from our summer market. Along with the cloves came a bundle of scapes—those beautiful long flower stems that some people say resemble an octopus (true). They have many uses in the kitchen, and believe me—I had plans. But the scapes escaped me.

They sat on our counter, and they evolved. Life moved on, and so did they. 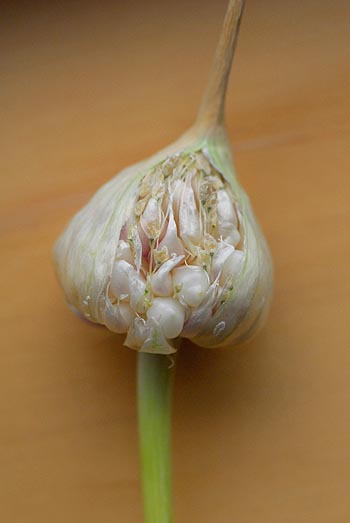 Their flower heads grew and burst, putting forth masses of little bulbils—this plant’s answer to seeds. At first I was slightly annoyed with myself for not having eaten the scapes sooner. But then I examined them closely and realized they had become works of art.

And now, as I think about those scapes in my frazzled state of mind, I realize they had something to say. They were trying to tell me: just sit back for a while, and let life take care of itself. It always does. 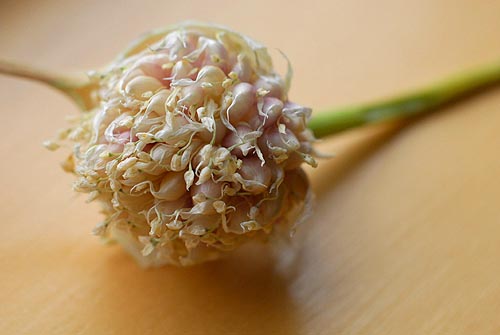