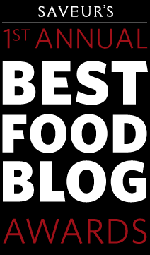 It’s been one of those weeks of heat and fatigue, and a scratchy throat that won’t clear. A week of dusty boots and sweaty shirts and sunburned cheeks, after chatting with farmers in hot, dry fields. A week of crazy traffic, choking exhaust, and a blanket of air with perilously high PM10 levels.

But then I chat with a young Burmese woman who left home at 19 and has lived in fear and danger ever since. She tells me how she secretly returned to Burma last year, to retrieve her passport; how she hid and covered her head and faked an illness while riding a bus—just so the authorities would leave her alone. How she spotted her sister, briefly, until a neighbor recognized her and she was forced to flee. And how her heart thumped with fear the entire trip until she landed in Thailand and knew she had escaped arrest. She lives in limbo. Home is neither here nor there, she says. She is never truly safe in either place. She pays a lot of money to live here on the sly. So she sinks herself into her work, and spends her happiest hours quietly, in her room, alone. She used to wish for greater freedoms; for the chance to go outside and move around without thought. But then, she says, she met refugees on the Thai/Burma border who have never left in 20 years. Can you imagine? Twenty years in the exact same place, no chance to roam. This brave young woman is thankful for the life she has. I ask if she has ever published her story. No, she says, it’s not nearly as important or poignant as the stories of so many others from her homeland.

These are the reasons I write this blog: the people I meet, the things they teach me. And the food, of course, that intertwines our lives. (The conversation above took place over a simple plate of rice, a bowl of vegetable soup and a serving of fried bamboo.)

Yesterday, I learned that Saveur has nominated Rambling Spoon for Best Culinary Travel Blog in its first-ever food blog awards. Thank you, readers, for that honor. And thank you, Saveur, for the recognition.

Have a look at all the blogs nominated in nine categories. And if you feel inclined, you’re more than welcome to register and vote.

4 replies on “Thank You, Readers. Thank You, Saveur”

Wonderful! and you have my vote, of course.

Much appreciated. Thank you.

[…] me), she writes about food regularly for her site Rambling Spoon, which was a finalist for the Best Culinary Travel Blog by Saveur last year. You also may have seen her work in Archaeology, The Faster Times and Gourmet. […]