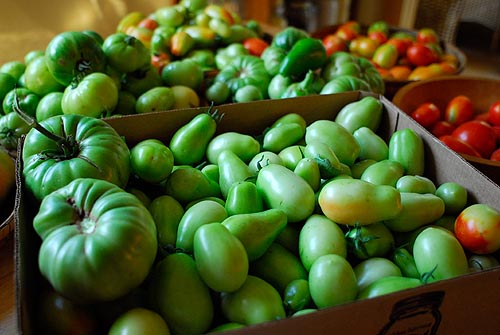 I have one long windowsill full of green tomatoes and one last run to the green to bring in the last ones. This chutney looks nice; my husband will probably hoard a few to make a Sri Lankan curry with dried shrimp. Sigh, always a little sad to see the last of the homegrown tomatoes go ’til next year.

Mary, it is indeed sad to bid the tomatoes farewell, but I do enjoy the change in seasons. It’s been many years since we witnessed the transition from summer to fall (on US soil, anyway). I can smell winter in the air. I’m liking it. For now.