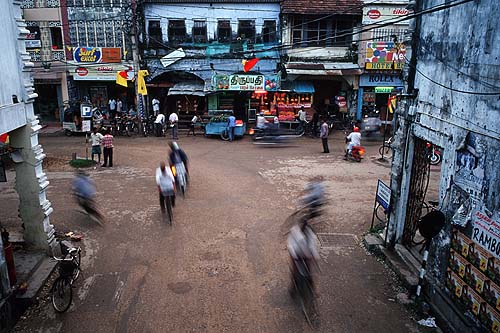 Jaffna, during a ceasefire, December 2004

This morning I sipped my coffee and listened to an NPR report assessing Sri Lanka one month after the end of war. For a short while, this tiny island nation made world headlines as government forces pushed for victory in a conflict that had lasted decades. And then it all seemed to disappear—the war, the people, the place itself. But of course Sri Lanka has not disappeared, and the aftermath of war remains a daily punch in the gut to 280,000 displaced Tamil civilians who continue to live in tent cities. 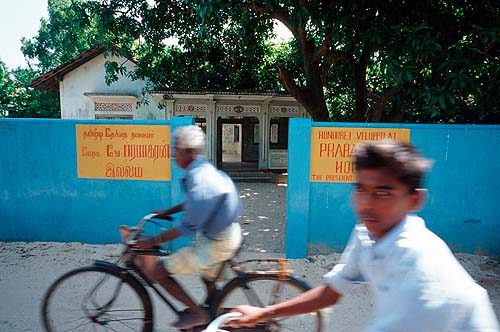 Jerry and I were in London last month when the news broke that Prabhakaran, the notorious Tamil rebel leader, had been killed. All around Tooting—home to a sizable Tamil population—shop windows displayed posters decrying genocide against the Tamils, waged by the predominantly Sinhalese military. We shared dinner one night with a Tamil couple from Jaffna. They had left their homeland years ago, for a new life in England. But they still maintain ties and frequent visits to Sri Lanka. That night, over a full table of rice and curries, they told us the same stories Jerry and I had heard time and again when we visited Jaffna years before: the Sri Lankan government was targeting ethnic Tamils through assassinations, rapes, forced sterilizations and other indignities.

This has been a terribly long, brutal war. We have Tamil friends; we have Sinhalese friends. We know people on both sides of this conflict who have suffered, directly and indirectly, in the most horrendous ways. Nothing good can be said of that.

But what I want to offer here are a few glimpses of the everyday life we found in Tamil Eelam, the homeland for which Tamils have fought so long. We met real people—good people—with real families and a real desire for peace.

A little background: in 1956 the Sri Lankan government enacted a law making Sinhala the country’s official language. That new law effectively blocked Tamils from government jobs, and it marked the start of ethnic clashes that eventually spiraled into decades of war. During a brief ceasefire, Jerry and I were able to visit Tamil territory in northern Sri Lanka in December 2004, days before the tsunami hit.

On that trip, we spent time with average Tamils struggling to survive in a land that already had been ripped apart. Everyone we encountered—every single Tamil—knew war would soon return. Still, they hammered away at the skeletons of houses that had been bombed. They would try to rebuild, if only for a few months.

We befriended a taxi driver, Mr. K, who once fought for the Tigers but retired from that life in hopes of saving his children from a future in war. You can click here to read more about our travels with Mr. K, and the food we ate, and the uncertainty in which we left that environment.

Or, simply scroll through the scenes below for a view of everyday life in Tamil Eelam, as we saw it then. 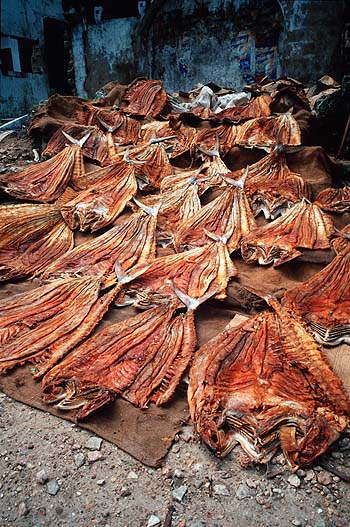 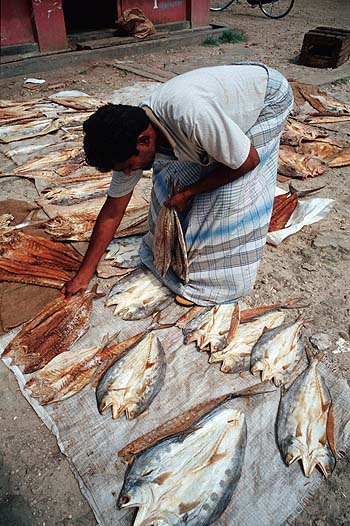 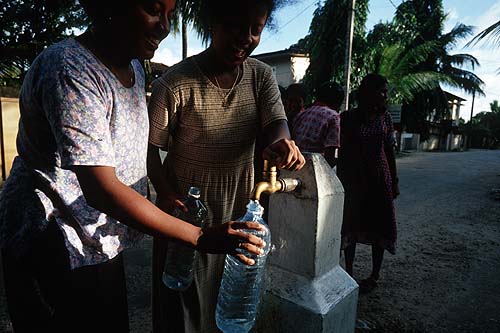 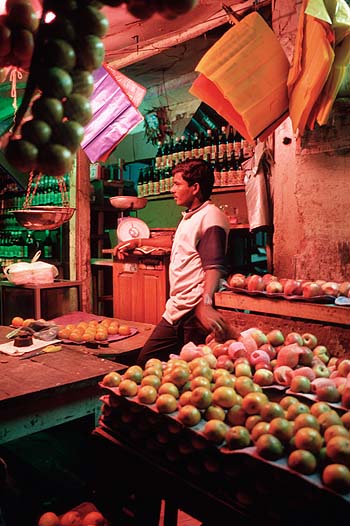 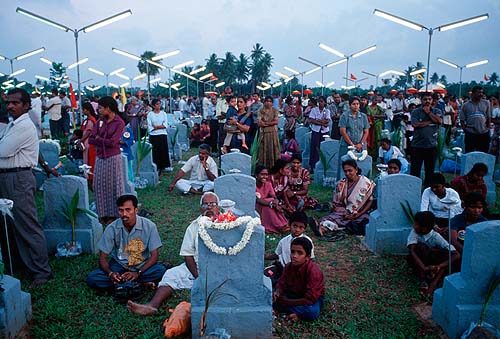 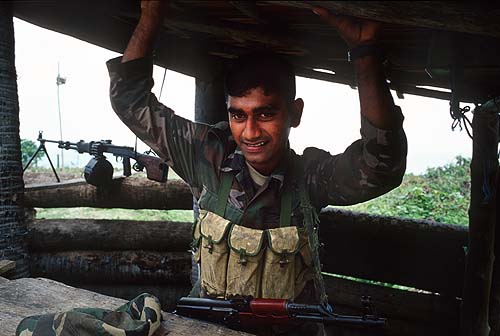 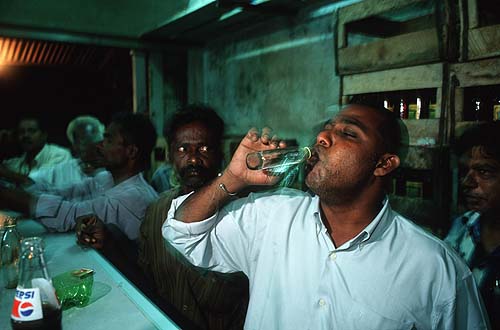 A Jaffna “liquor restaurant,” where men gather for a quick drink before heading home 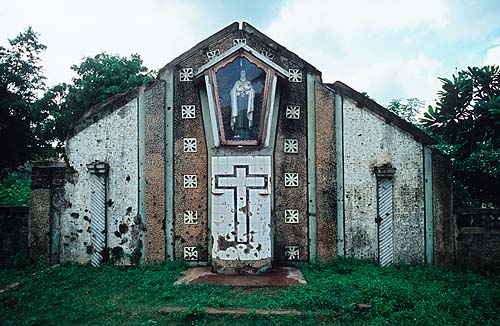 A Catholic church in the former LTTE stronghold of Kilinochchi, showing its war scars 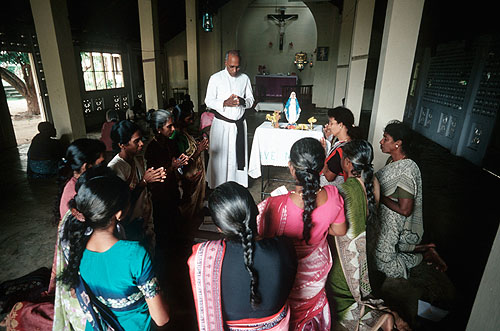 A Catholic priest performing a prayer service for women in Kilinochchi 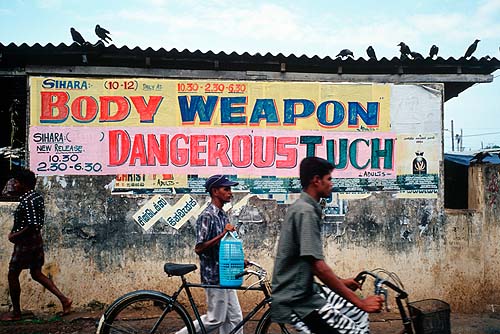 Bikes and flicks in Trincomalee

4 replies on “The Tamil Eelam Tragedy”

Thanks for this, Karen. I never made it to Sri Lanka during the ceasefire; every time I went, it was too dangerous to travel. It’s good to see the pictures.

I’m networking with a group dedicated to democracy and human rights in Sri Lanka. I met with members of the Toronto branch when I was there last week. Send me an email if you would like the name.

HI, I’m new to your blog. I’m looking forward to catching up with your delicious looking posts. I’m a big foodie…if that means being a fan of all kinds of food and its preparation!

Thanks, Tisha. I would like to know the group….

Jen, welcome! Thanks for visiting.

[…] from the end of war: our dear friend, photographer Masaru Goto, has posted his story from the aftermath. Please have a […]