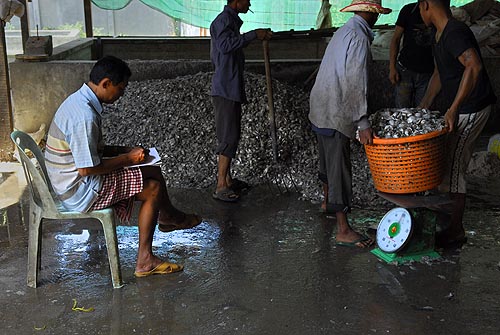 We recently visited a small fish-sauce operation near Battambang, and our tuk-tuk driver said he used to work for a similar factory.

“I know it’s not good. Sometimes the workers piss into the vats. The men, sometimes they’re lazy. They don’t go to the toilets.”

I really didn’t want to know that.

He also told us that factories such as this one send the bulk of their shipments to Thailand, where the bottles are slapped with Thai labels. Tonle Sap fish, Cambodian factories, Thai fish sauce. Go figure.