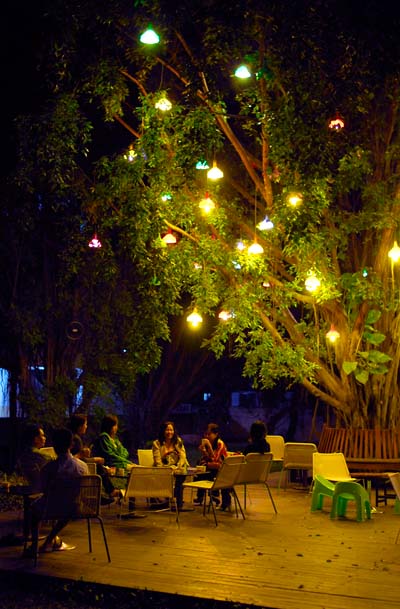 Just returned to Chiang Mai after a week exploring the hills around Kengtung, in the Shan State of Myanmar. Fascinating people, food and markets, quite different from those in Thailand (even though the Thais and Shans share the same ethnic heritage). I promise, more on that later.

But first: remember my iberry infatuation? I’m psyched to find Chiang Mai’s iberry garden, down one of the quiet sois east of the ever-trendy Nimmanhaemin Road. I wish this had existed while we lived here. I spent a good amount of baht filling up on green tea, passion tea, black sesame and red bean ice cream while working the IMMF gig just up the street. 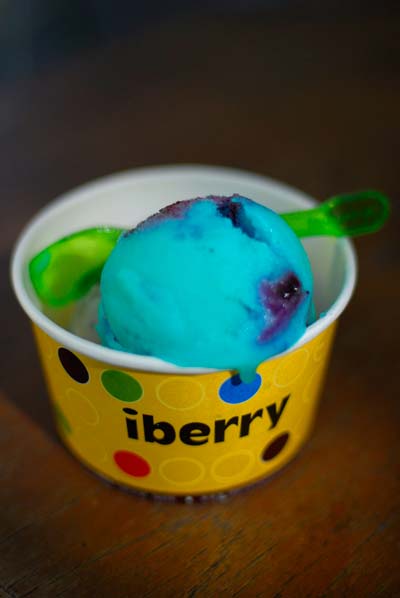 It’s a great place to hang out among the shade trees outside, or the super funky decor within. It looks like all the paraphernalia (light fixtures, cabinet doors, door knobs, chairs and tables) came from an American Midwestern garage sale. I especially appreciate the dentist’s chair lamp. 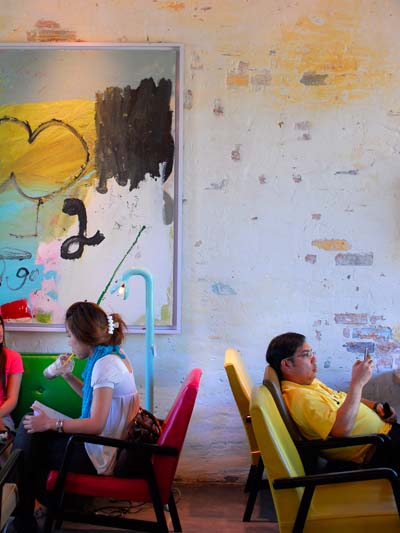 Outside, a giant green statue of Mao welcomes all patrons… 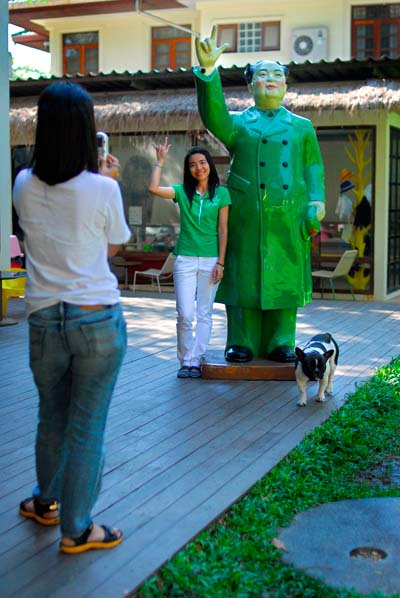 …as does the giant yellow fella (below). Apparently, he had to be dropped into the yard via crane. Now here’s the really interesting part: neighbors say this yard belongs to devils that dance in the treetops at night.

As Jerry’s grandmother used to say, “If they say it and it’s true, you can believe it.” 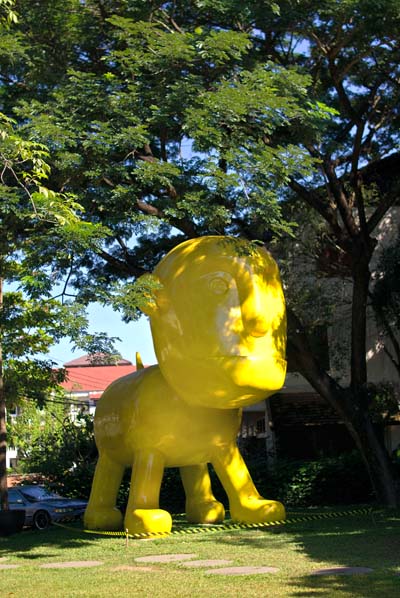