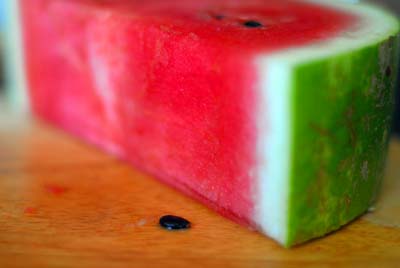 I haven’t been online much lately. We spent most of the week in upstate New York after Jerry’s grandfather died unexpectedly last weekend. Art lived a long life (87 years), but his fall on the bathroom floor came as a surprise. He was getting ready for his granddaughter’s graduation when the accident happened. He still had spunk, and he had hopes and plansâ€”to visit us in New Mexico, to visit Jerry’s parents in California. Art was a good man, missed by many.

But things don’t always go as we expect. And so, my parents canceled their plans to visit us early last week and Jerry and I flew to Buffalo instead. As the saying goes, life is what happens when you’re making other plans. Though the circumstances were less than pleasant, it was good to see the family. We managed to squeeze in some uplifting togetherness. Stay tuned next week, and I’ll tell you about watching Canada Day fireworks over Niagara Falls and eating Buffalo wings (which, by the way, are gluten-free when prepared the original way) in the town that invented them. And I’ll tell you about a 50-some-year-old bottle of port that made the rounds in Art’s honor.

But tomorrow, we’re heading north to Colorado to see a couple of dear old friends in an effort to salvage a bit of the vacation we had planned for the long July 4th weekend. For now, I’ll leave you with a little missive on something we all love this time of year: watermelon. I’ve actually had these photos in my archive since last summer, when I went through my juicing craze. I made watermelon-green apple juice like mad. At more than 90 percent water, you get a lot of mileage from your melon. I juiced a pitcher just before we left the country last September and, well, I never got around to talking about the melon. Then winter arrived, and I think we were freezing our fannies off in Darjeeling when I came across the pictures againâ€”not exactly watermelon time.

But now it is. I had hopes of juicing again when the season rolled around, but my juicer broke! I’m bummed. One of these days I’ll get a new one. Until then, I’ll just have to eat my melon (which I did a lot of in New York).

I remember when I was little, watermelon was something we ate on the hottest, muggiest summer days, and it was always considered a treatâ€”not the nutritional wonder that we now know it is. “There’s no nutrition in a watermelon,” my mother used to say. She’s amazed, today, at the evolution of knowledge. Considered a “super food,” watermelon is cherished for its lycopene just as tomatoes are. Watermelon is linked to everything from good heart health to vibrant, dewy skin.

So go have one! 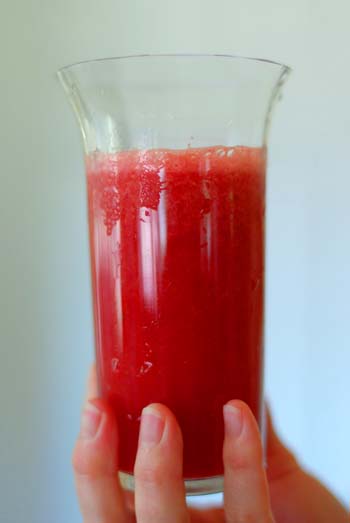 6 thoughts on “A Holiday, a Funeral and Watermelon”